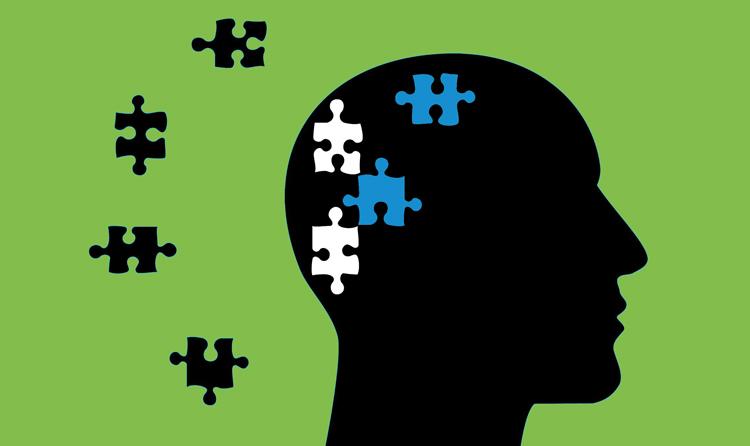 From poor memory and concentration to brain fog and all forms of dementia (including Alzheimer’s disease), cognitive disorders are on the rise.

It has been established by extensive research that diet and lifestyle have a considerable effect on the central nervous system. The foods we eat supply key nutrients the brain relies on to function optimally, and so a healthier diet considerably reduces the intake of unhealthy foods -- potentially health-damaging substances which have the potential to activate immune reactions and inflammatory responses and decrease cognitive function.

Cognitive health issues impact individuals across all demographics and ages, and has become a growing concern in our modern society. In fact, the Centers for Disease Control and Prevention states that more than, “16 million adults 18 years and older in the United States are living with cognitive impairment.”

Even though evidence shows that cognitive impairment is not an age-related issue, some types of dementia, including Alzheimer’s disease, are degenerative conditions that mostly affect the elderly, reducing sufferers' quality of life. Age-related diseases accelerate the rate of neuronal dysfunction, neuronal loss, and cognitive decline, with many people developing cognitive impairments severe enough to impair their everyday functional abilities. Understanding these age-related changes in cognition is important given our growing elderly population.

There is emerging evidence that healthy lifestyles may decrease the rate of cognitive decline seen with ageing and help delay the onset of cognitive symptoms in the setting of age-associated diseases. Klamath Blue Green Algae® has shown to be an extremely valuable tool to help combat cognitive decline and support brain function by providing key nutrients, including compounds with anti-inflammatory and antioxidant capabilities. In fact, peer-reviewed research has demonstrated that Klamath Blue Green Algae® has the potential to increase mental acuity, short and long-term memory and problem-solving capacities, and helps with many other body processes that support general well-being and brain function. Furthermore, this active food supplement is shown to help boost memory, mood and concentration. It also supports detoxification processes, which is crucial in maintaining optimal brain function. 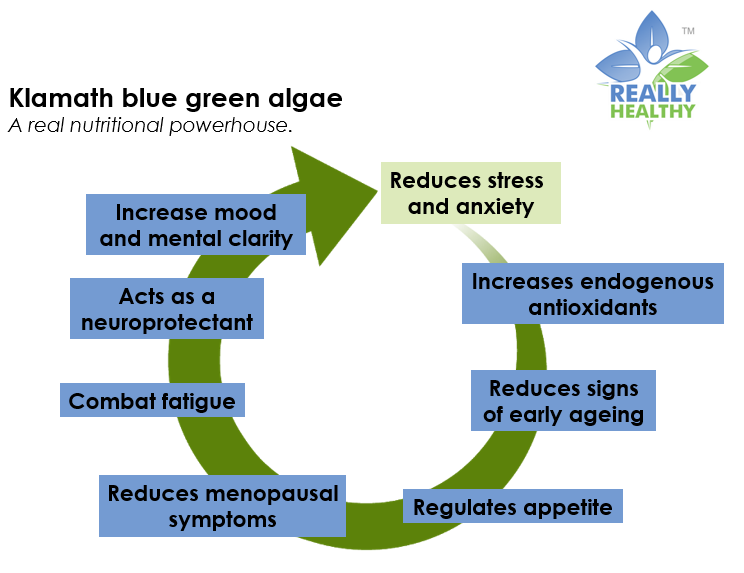 Supplementing daily with the Klamath algae, which naturally contains powerful algal antioxidant molecules (AFA-phycocyanins) and concentrated with Klamath algae's natural neuromodulators (phenylethylamine, also a natural selective MAO-B inhibitors), can have a positive effect on the brain by encouraging the release of neurotransmitters and the maintenance of higher levels for longer, particularly dopamine. This is due to phenylethylamine (PEA), a compound that is not found in other commercial algae.

Klamath algae is particularly rich in PEA, which is known to readily cross the blood-brain barrier. It acts on neurons in a local region of the central nervous system by modulating their response to neurotransmitters. It is also useful for improving resilience and stress tolerance and shows positive result to improve adrenal fatigue, also known as HPA axis dysfunction.

When supplementing with algae it is best to start low and build up to the required dosage. It can also be diluted in large glasses of water from which you can sip from throughout the day