Recent statistics suggest that children's cardiovascular fitness is not as good as that of their parents at their age. 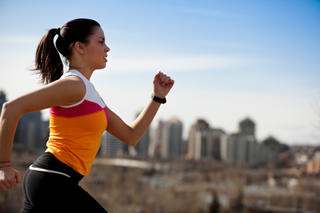 Results from a recent study presented at the American Heart Association's Scientific Sessions 2013 are suggesting that general worldwide cardiovascular health could be declining.

Statistics show that children tend not to be able to run as fast as their parents could when they were younger, with worsening fitness levels having implications for these youngsters' health in adulthood.

The findings may serve as a wake-up call for not only children and young adults, but also older individuals who are conscious of safeguarding their health into their later years.

Researchers have said that, put simply, the results - compiled from 50 studies on running fitness between 1964 and 2010, which involved more than 25 million children aged nine to 17 across 28 different countries - could be an indication that the overall health of adults is not what it used to be.

For example, in the US, children's endurance fell by an average of six per cent per decade from 1970 to 2000. Overall, youngsters' cardiovascular fitness is said to be an average of 15 per cent poorer than their parents' was during their formative years.

Lead author of the study Dr Grant Tomkinson, senior lecturer in the University of South Australia's School of Health Sciences, commented: "If a young person is generally unfit now, then they are more likely to develop conditions like heart disease later in life."

Explaining that there are many different kinds of fitness, such as being strong enough to lift heavy weights or nimble enough to play certain sports, the expert went on to say: "The most important type of fitness for good health is cardiovascular fitness, which is the ability to exercise vigorously for a long time, like running multiple laps around an oval track."

This might be enough to make some individuals reconsider their exercise regime, such as those who perhaps go to the gym only to lift weights, thinking that this is sufficient.

"We need to help to inspire children and youth to develop fitness habits that will keep them healthy now and into the future," added Dr Tomkinson. "They need to choose a range of physical activities they like or think they might like to try, and they need to get moving."

Elsewhere, scientists from the Baylor College of Medicine and the Texas Heart Institute have made something of a breakthrough for heart health, with their findings published in the journal Development.

Researchers from the two institutions found a way - via a signalling pathway called the Hippo pathway - to enhance heart repair, which in turn could lead to better outcomes for cardiovascular disease by improving its repair after a heart attack.

"The heart is very poor at repairing itself after various types of injury including the most common injury, the myocardial infarct," commented Professor James Martin, who led the team of scientists.

Individuals looking to safeguard the health of not only their heart, but also their body in general might like to enhance a healthy, balanced diet with nutritional supplements to ensure they are getting all of the essential vitamins, minerals and nutrients that are crucial for biological processes.

For example, the AlphaGuard Plus broad-spectrum antioxidant complex - available from the Really Healthy Company - can help the body to scavenge free radicals, which are a natural product of oxidation within the body. As many people's diets boast increasingly less fruit and veg, which provide vital antioxidants, it is important that these individuals get these another way, such as via a nutritional supplement.