Work 'the biggest cause of stress'

A survey has highlighted work as the main stressful factor in people's lives. 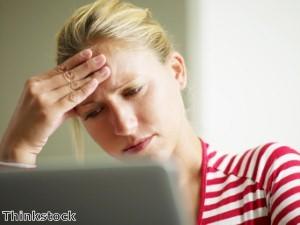 Work is the most stressful factor in people's lives, according to new research from mental health charity Mind.

A survey of more than 2,000 people, conducted by research firm Populus on behalf of the charity, found that over a third (34 per cent) described their job as 'very' or 'quite' stressful.

This compared with 30 per cent who cited debt or financial problems as the most stressful factor in their lives and 17 per cent who voiced concerns about their health.

Nearly a fifth of respondents said they had developed anxiety as a result of workplace stress, while seven per cent had even had suicidal thoughts.

More than half of survey respondents said they regularly drank alcohol after work, with 14 per cent turning to alcohol during working hours to help them cope with the stress and pressure of their job.

Equally worrying is the 15 per cent of people who revealed they now take antidepressants and the ten per cent who use prescribed sleeping tablets as methods of coping.

Paul Farmer, chief executive of Mind, said: "Our research shows that employees are still experiencing high levels of stress at work, which is negatively impacting their physical and mental health.

"We know that right now, one in six workers is experiencing depression, stress or anxiety."

As well as making people more likely to adopt unhealthy behaviours, such as alcohol misuse and smoking, stress can have a direct effect on people's health and wellbeing.

For instance, it causes certain bodily functions - such as digestion, repair mechanisms and immune function - to be impaired for prolonged periods of time, which can increase the risk of illness and accelerate the ageing process.

Because of this, it is important that people who feel chronically stressed take steps to improve their wellbeing and strengthen their immune system, such as by choosing a healthy diet, avoiding unhealthy lifestyle behaviours and considering the use of food supplements.

One supplement that could be beneficial is Klamath Blue Green Algae, a wild, organic greenfood that provides a wide and unique range of nutrients.

Research suggests that Klamath Blue Green Algae may be an excellent 'brain food', thanks to its high levels of phenylethylamine (PEA) - a natural amphetamine that helps to modulate mood and reduce stress.

In light of the effects of stress on the immune system, it may also be worth taking a product that is designed to boost immune function, such as BioBran MGN-3, which is also supplied by The Really Healthy Company.

This is widely regarded as one of the most effective food supplements for helping to maintain a strong immune system, thanks to the support its gives our T, B and NK cells as they deal with microbes and abnormal body cells.