A new study shows that oral vitamin D supplementation may help to boost energy levels from within muscle cells. 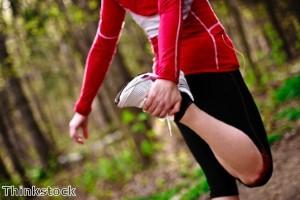 Researchers at Newcastle University and the local NHS trust recruited 12 patients with severe vitamin D deficiencies in order to investigate the effect of supplementation on their muscles.

Participants underwent magnetic resonance imaging (MRI) scans both before and after ten to 12 weeks of treatment with oral vitamin D so that the researchers could measure their response to exercise.

The researchers found that those with very low levels of the vitamin to begin with benefited from significant improvements in their muscle efficiency.

Vitamin D is thought to boost the activity of mitochondria, the 'energy factories' within cells.

Lead author Dr Akash Sinha, whose findings are published in the Journal of Clinical Endocrinology and Metabolism, said: "The scans provided a unique window into what is really going on in the muscle as it works.

"We have proved for the first time a link between vitamin D and mitochondria function."

While a handful of foods - including fish, eggs yolks and fortified cereals - contain vitamin D, the majority of our vitamin D is produced inside the body using energy obtained from sunlight.

Dr Sinha revealed that approximately three-fifths of the patients he sees are deficient in vitamin D, with those living in the north of England Scotland struggling to produce enough of the nutrient from sunlight alone in the spring and winter months.

Under-fives, the elderly and people with dark skin are particularly at risk of vitamin D deficiency, along with those who cover up their skin for religious or cultural reasons.

"So a simple vitamin D tablet could help boost your energy levels - from within the cells," he advised.

Another good way to boost your levels of vitamin D is to use a liquid food supplement, such as the one provided by The Really Healthy Company.

Naturally sourced and produced without potentially harmful hexane extraction, this high-quality supplement can be taken daily with meals to protect against deficiency.

As well as helping to boost energy levels, research has shown vitamin D to be important for a wide range of reasons, including immune support, bone health, thyroid function and the cardiovascular system.