A new study suggests that vitamin D may help to boost the immune system in healthy adults with insufficient levels of the nutrient. 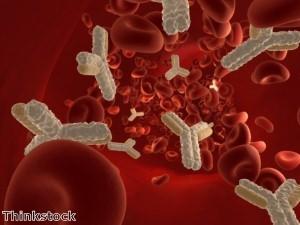 Boosting levels of vitamin D may help to enhance immunity and lower the risk of many diseases in healthy adults, a small new study has suggested.

Researchers at Boston University School of Medicine recruited eight healthy men and women with an average age of 27, all of whom had insufficient levels of vitamin D at the start of the trial.

Participants were given either 400 or 2,000 international units (IUs) of vitamin D per day for two months, with samples of their white blood cells analysed at the beginning and end of the study period.

The researchers found that people who took 400 IUs of vitamin D per day still did not have sufficient levels of vitamin D in their blood by the end of the study period; however, those on the higher dose were no longer deemed to be insufficient after two months.

Gene expression analyses were also carried out to see whether vitamin D supplementation affected the activity of any particular genes.

The study authors discovered significant changes in the activity of 291 genes following supplementation, including many involved in biological pathways linked to cancer, autoimmune, infectious and cardiovascular diseases.

Publishing their findings in the journal PLoS One, the study authors suggested that vitamin D supplements may have potential immune benefits in healthy individuals with lower-than-optimum levels of the vitamin.

"This study reveals the molecular fingerprints that help explain the non-skeletal health benefits of vitamin D," said Dr Michael Holick, professor of medicine, physiology and biophysics at the university.

"While a larger study is necessary to confirm our observations, the data demonstrates that improving vitamin D status can have a dramatic effect on gene expression in our immune cells and may help explain the role of vitamin D in reducing the risk for cardiovascular disease, cancer and other diseases," he added.

People who are interested in gaining these potential health benefits may want to try a high-quality vitamin D supplement, such as the one supplied by The Really Healthy Company.

This non-toxic supplement can easily be taken with meals and helps to ensure people get the recommended amount of vitamin D for optimum health.