A study has found urinary incontinence to be relatively common among people who survive cancer. 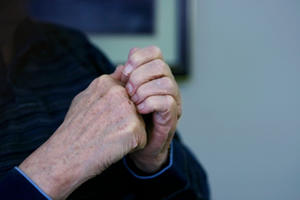 People who have been treated successfully for certain forms of cancer appear to have an increased risk of urinary incontinence, compared with the general population.

Researchers at the University of North Carolina in the US analysed data from the SEER-MHOS database - a resource containing information on older people with cancer.

This allowed them to assess 3,258 people who had been successfully treated for prostate cancer, 2,828 for breast cancer, 1,739 for bowel cancer, 562 for endometrial and uterine cancer, 749 for bladder cancer and 662 for lung cancer, as well as almost 320,000 people who had never been diagnosed with any form of cancer.

They discovered that just over 36 per cent of people without cancer were affected by urinary incontinence.

The proportions were higher for people who had survived cancer, ranging from 37 per cent to 54 per cent, depending on the type of disease they had been diagnosed with.

A history of bladder, breast, endometrial, uterine or prostate cancer was associated with an increased risk of urinary incontinence.

The researchers found some evidence that the prevalence of urinary incontinence decreased as the time since cancer diagnosis increased.

Publishing their findings in the journal BMC Cancer, the study authors noted that some forms of cancer - such as bladder, prostate and gynaecological disease - can actually cause urinary symptoms, while in other cases incontinence may come about as a side-effect of cancer treatment.

This is particularly likely in men with prostate cancer who have their prostate gland removed, and in women who undergo a hysterectomy.

The researchers concluded that urinary incontinence was "highly prevalent" among survivors of certain types of cancer.