Urinary incontinence can be mentally taxing for middle-aged women

Research has highlighted the major impact that urinary incontinence can have on women's mental wellbeing. 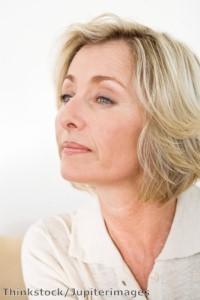 Urinary incontinence is a common medical problem, but many middle-aged women who experience symptoms feel too embarrassed to discuss their condition.

Researchers at the University of Adelaide recently asked women with urinary incontinence about how they cope with their symptoms.

They found that depression is a common problem among incontinent women, with middle-aged patients more likely to have depressive symptoms than those over the age of 65.

According to researcher Jodie Avery, older women often accept their condition, but younger women's self-esteem is more likely to take a hit.

Speaking on the eve of World Continence Week (June 24th to 30th), Ms Avery revealed: "Women with both incontinence and depression scored lower in all areas of quality of life because of the impact of incontinence on their physical wellbeing.

"The most common difficulties women express about their incontinence are things like: 'I can't play netball', 'I can't go to the gym', 'I can't go for walks', or 'I can't go dancing', and these are real issues for women who are still in the prime of their lives."

Findings from the University of Adelaide research suggest that about one in five women with urinary incontinence has depressive symptoms.

With approximately 35 per cent of women experiencing incontinence, this means a significant proportion of females are at risk of depression.

There are surgical procedures and prescription medications that can treat urinary incontinence, which is particularly common among women who have given birth to several children.

However, many women - and indeed men who have problems with urination - find their symptoms can be eased by taking a natural food supplement such as Flowease.

Supplied by The Really Healthy Company, this premium-quality product contains rye flower pollen extract and is based on more than 40 years of research into the benefits of pollen for urinary health.

According to studies, specific combinations of phytonutrients in rye pollen can help women and men with urinary problems, particularly if they regularly need to visit the bathroom during the night.