Supplements 'most important' for determining vitamin D levels in children

A Canadian study has highlighted the importance of vitamin D supplementation for children. 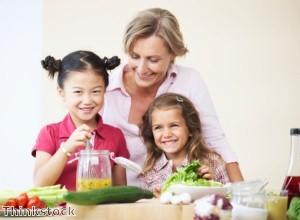 Much has been made of the importance of exposure to sunlight as a way of enabling the body to make enough vitamin D.

But a new study suggests that, at least in children, using a high-quality vitamin D supplement could be even more vital in determining the levels of this all-important vitamin in their bodies.

Researchers at St Michael's Hospital in Toronto, Canada, analysed blood samples from 1,896 healthy children under the age of six.

In particular, they wanted to determine the factors that were most strongly associated with adequate stores of vitamin D, which provides protection against a number of conditions, such as weak bones and asthma.

Analysis revealed that 57 per cent of the children were taking a regular vitamin D supplement.

The researchers observed that children who took supplements were much more likely to have high levels of vitamin D in their bodies than those who did not.

Another factor that greatly helps to boost vitamin D levels is drinking plenty of cow's milk - although families adopting a vegan lifestyle would clearly not choose to go down this route, making a high-quality supplement all the more important for their children.

Perhaps surprisingly, the researchers also found that taking a vitamin D supplement and drinking milk were both better for predicting a child's vitamin D stores than their skin colour or exposure to sunlight.

Dr Jonathon Maguire, a researcher and paediatrician at St Michael's Hospital, said: "Early childhood is a critical stage in human development, so achieving and maintaining optimal vitamin D levels in early childhood may be important to health outcomes in later childhood and adulthood.

"When it comes to maintaining sufficient vitamin D stores in young children, the story is about dietary intake of vitamin D through vitamin D supplementation and cow's milk."

The findings are published in the Archives of Pediatrics and Adolescent Medicine and underline the importance of using a high-quality vitamin D supplement, such as the liquid one supplied by The Really Healthy Company.

The supplement is taken daily with meals and is naturally sourced, containing nothing other than vitamin D3 derived from sheep's wool, extra virgin olive oil and natural vitamin E.