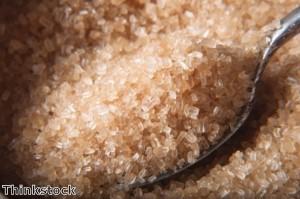 Scientists at the University of Edinburgh examined more than 170 foods to see whether they influenced people's chances of developing the disease.

They identified a number of new risk factors, including regular consumption of high-energy snacks and sugar-sweetened drinks.

This means that items such as cakes, biscuits, crisps, desserts and fizzy drinks may increase people's risk.

"What we have found is very interesting and it merits further investigation using large population studies," said Dr Evropi Theodoratou, a research fellow in the university's School of Molecular, Genetic and Population Health Sciences.

He added: "While the positive associations between a diet high in sugar and fat and colorectal cancer do not automatically imply 'cause and effect', it is important to take on board what we've found - especially as people in industrialised countries are consuming more of these foods."

There are a number of possible dietary risk factors for bowel cancer, including a low intake of fresh fruit and vegetables and a high intake of red and processed meat.

Non-dietary factors that may influence people's risk of the disease include increased age, a family history of bowel cancer, smoking, heavy drinking, and a history of diabetes, Crohn's disease or ulcerative colitis.

The latest findings raise the possibility that high-fat and sugary foods may need to be added to the list of dietary risk factors for bowel cancer, although more research is needed to shed light on the apparent link.

They also suggest that people with a sugary or high-fat diet may want to consider cutting back in order to reduce their risk of the disease, as well as taking steps to boost their immune system.

It can be difficult to minimise the amount of sugar in your diet, but one product that could help is an alternative sweetener called AlphaSweet.

Unlike artificial sweeteners, which can be bad for your health, AlphaSweet contains high-quality Xylitol which is extracted from birch trees and is almost impossible to tell apart from sugar.

It is low-glycaemic, free from the dangers associated with artificial sweeteners, and can even help to prevent tooth decay.

Best of all, it can be used in exactly the same way as sugar, including as a sweetener for hot drinks and in place of sugar when cooking and baking.