Older people who have trouble sleeping may benefit from treatment to ease bladder complaints, researchers say. 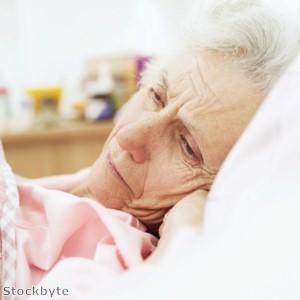 Many older adults suffer from insomnia, but a new study suggests the condition is even more problematic in those with a bladder condition called nocturia.

Nocturia is particularly common in older adults and is characterised by the frequent need to urinate during the night.

Research by scientists at Stanford University suggests that nocturia may worsen the sleep quality of those with insomnia, exacerbating their existing lack of sleep.

The team assessed 55 older men and 92 older women, all of whom lived in the community and suffered from insomnia.

Participants completed records of their sleep patterns and night-time toilet habits for two weeks and wore devices to measure their sleep quality for seven days.

Analysis revealed that more than half of log-reported episodes of night-time wakefulness were associated with the bladder condition.

Men and women who reported worse symptoms of insomnia tended to make a greater number of trips to the toilet at night.

Nocturia was also associated with increases in the number and length of awakenings.

Furthermore, on nights when an individual had to get up to visit the toilet, their periods of being awake were typically 11.5 per cent longer.

Lead author Dr Jamie Zeitzer, whose findings are published in the Journal of Clinical Sleep Medicine, said: "The results raise the clinical question of treating nocturia to help individuals with insomnia.

"That is, could much of the insomnia or poor sleep that occurs in older individuals be alleviated by treatment of nocturia?"

According to background material in the article, up to three-quarters of older people say their sleep is disturbed due to nocturia.

There are various medications that might help people with nocturia, but many prefer to try a more natural approach before turning to pharmaceutical treatments.

A significant amount of research has been carried out into the benefits of flower pollen and studies suggest that rye pollen extract may help to maintain bladder health and stability in both men and women.