Scientists believe it may be possible to treat an aggressive form of brain cancer by activating the body's natural immune response. 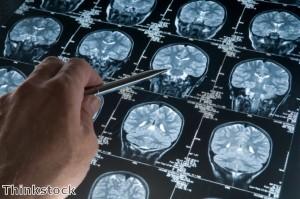 The body's own defences could be harnessed to increase a person's chances of surviving brain cancer, new research suggests.

Scientists at Lund University in Sweden say that by stimulating the immune system, it may be possible to help patients with glioblastoma multiforme, a particularly aggressive form of brain cancer.

The research team has been experimenting with a 'vaccine' that is designed to increase immune system activity.

Their vaccine contains tumour cells that have been modified to produce substances that activate the body's immune response.

While the cells in the vaccine itself are not harmful - as they are unable to divide and spread throughout the body - the response they generate from the immune system targets cells in the person's actual tumour.

Tests have so far only been carried out in rats, but 75 per cent of these were completely cured of their brain tumours after receiving the experimental vaccine.

"However, bearing in mind the poor prognosis patients receive today, all progress is important."

There is a long way to go before any new treatment can be tested in humans and introduced into clinical practice.

However, in the meantime, there are more natural ways of supporting the immune system, such as using a glyconutritional food supplement called BioBran MGN-3.

The product, which is Supplied by The Really Healthy Company, is a powerful immunomodulator and is clinically proven to help enhance depleted immune systems.

Research suggests that this non-toxic supplement can increase the activity of NK cells - an important part of the body's immune response - by up to 300 per cent in just a couple of weeks, while the activity of other immune cells called T and B cells may be boosted by 200 and 150 per cent, respectively.

It may also reduce some of the side-effects of chemotherapy and can help to improve patients' overall quality of life.