Nutrition could be one of the contributing factors behind nations' Nobel Prize-winning records. 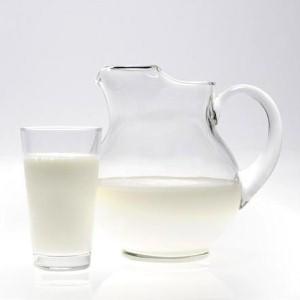 A new study has suggested a strong link between nations' milk consumption and their history of winning Nobel Prizes.

While the study appears somewhat tongue-in-cheek, there may in fact be plausible biological reasons for such an association, as a person's diet has an important effect on their cognitive function and milk contains a number of vital nutrients.

Researchers at Gloucester Royal Hospital in England conducted their study after a recent investigation - published in the New England Journal of Medicine by US scientist Franz Messerli - identified a link between a nation's chocolate consumption and its prowess in winning Nobel prizes.

Dr Messerli suggested that the link may be due to antioxidant flavonoids contained in chocolate, which he said may contribute by improving cognitive function.

However, the UK researchers - Sarah Linthwaite and Geraint Fuller - observed that chocolate usually contains milk, components of which could also be key contributors to such a link.

The duo analysed data from the US Food and Agriculture Organisation to shed light on the possibility.

They found that nations' per capita levels of milk consumption were indeed closely related to the number of Novel prizes they had achieved.

At the other end of the spectrum, China consumes just 25kg of milk per head per year and has had no Nobel Prize winners.

Writing in the journal Practical Neurology, the researchers suggest that in order to enhance their chances of winning a Nobel Prize, people "should not only eat more chocolate but perhaps drink milk too".

The study may seem light-hearted, but there could be an important hidden message - that certain nutrients in milk and indeed having a good diet overall are important for maintaining cognitive function and overall health.

For those who do not enjoy dairy products or who choose to lead a vegan lifestyle, supplementation provides an important alternative.

Many of the vitamins and minerals that occur in dairy products can easily be obtained by using a high-quality superfood supplement, such as Power 3, which is supplied by The Really Healthy Company.

Each of these has its own distinctive properties, along with easily absorbed vitamins and minerals.

The synergistic blend in KBG Super-3 can help people to maintain optimum health and vitality, while maintaining their vegetarian or vegan lifestyle.