Some prescription drugs for depression may have unwanted effects on the heart's rhythm, scientists have warned. 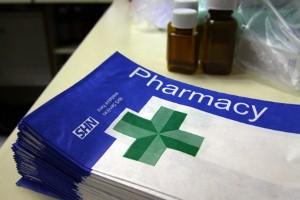 The risks associated with pharmaceutical medicines have been highlighted once more by US scientists, who say common antidepressants may be linked to heart rhythm problems in some patients.

The US Food and Drug Administration (FDA) recently issued a warning of a possible association between citalopram and heart rhythm abnormalities, so researchers at Massachusetts General Hospital (MGH) set out to study the potential link.

They looked at the medical records of 38,397 adult patients who had an electrocardiogram (ECG) to check their heart's electrical activity after being prescribed an antidepressant or methadone.

The latter drug was included in the study because it is already known to contribute to a marker for heart rhythm abnormalities known as a long QT interval (the duration of electrical activity of the heart muscle).

Publishing their findings in the British Medical Journal, the researchers revealed that citalopram and another SSRI called escitalopram were indeed associated with an unusually long QT interval, particularly at high doses.

The finding could have major implications, as a long QT interval may lead to serious heart rhythm abnormalities.

According to the researchers, nearly one in five patients who used these antidepressants had an abnormal QT interval.

Although not all patients who use citalopram will develop a prolonged QT interval and abnormal heart rhythms are extremely rare, the findings do underline the fact that pharmaceutical drugs often carry a risk of unwanted side-effects, many of which are not fully appreciated for years after their launch on to the market.

Unsurprisingly, many people are keen to avoid taking prescription medicines if an equally effective natural alternative can be found.

While patients who use SSRIs should certainly not stop taking their medication and are advised to discuss any concerns with their doctor, people who are considering seeking advice for mild depressive symptoms may first want to try a natural approach.

For instance, a product such as Klamath Blue Green Algae could help by providing a good source of a natural 'feel-good' molecule called phenylethylamine (PEA).

This substance has mood-modulating effects and can help to elevate your mood, while Klamath also provides a range of other health-enhancing benefits.