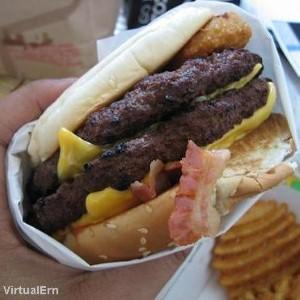 A large new study has uncovered an association between processed meat and risk of early death.

Researchers at the University of Zurich looked at data on almost 450,000 people who were involved in the European Prospective Investigation into Cancer and Nutrition (Epic) study.

The survey had collected information on their dietary habits, smoking status, levels of physical activity and body mass index.

Analysis revealed that a high intake of red meat was associated with an increased risk of death, with the link being particularly noticeable among those eating large amounts of processed meat.

Overall, the researchers calculated that more than three per cent of deaths among study participants could have been prevented if everyone had limited their intake of processed meat to less than 20g per day.

The study authors also observed significant links between people's intake of processed meat and their risk of dying from cardiovascular disease or cancer.

Publishing their findings in the journal BMC Medicine, they concluded: "The results of our analysis support a moderate positive association between processed meat consumption and mortality, in particular due to cardiovascular disease, but also cancer."

Tracy Parker, a dietician at the British Heart Foundation, said that while eating meats such as sausages and burgers may be linked to an increased risk of early death, the people who ate the most processed meat in the study also tended to be those who made other unhealthy lifestyle choices.

"They were found to eat less fruit and vegetables and were more likely to smoke, which may have had an impact on results," she suggested.

The latest study is not the first evidence of a link between processed meat consumption and mortality risk.

For instance, American research published in the Archives of Internal Medicine in March 2012 found that regular consumption of red - and particularly processed - meat was associated with an increased risk of death from cardiovascular disease and cancer.

The British Heart Foundation's response at the time was that people should try to replace bacon, ham, sausages and burgers with other sources of protein, including fish, beans and lentils.