A large new study shows a link between immunity and the risk of mood disorders. 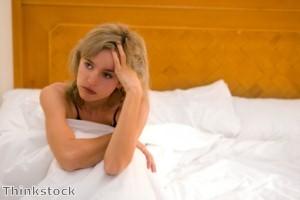 Scientists believe a person's immune system may play a role in determining their risk of mood disorders, such as depression or bipolar disorder.

Research conducted at Aarhus University and the University of Copenhagen in Denmark has found that one in every three people who are diagnosed with a mood disorder has a recent history of hospital admission for an infection.

The research team looked at more than three million Danish people, just over 91,000 of whom had been diagnosed with a mood disorder between 1977 and 2010.

They discovered that in 32 per cent of cases of mood disorder, the patients had previously been admitted with an infectious disease, such as an infection of the gastrointestinal or urinary tract or the skin.

A further five per cent had been admitted with an autoimmune disease prior to their diagnosis with a mood disorder.

"Our study shows that the risk of developing a mood disorder increases by 62 per cent for patients who have been admitted to hospital with an infection," said Dr Michael Eriksen Benros, a researcher at Aarhus University and the Psychiatric Centre Copenhagen.

"In other words, it looks as though the immune system is somehow involved in the development of mood disorders," he added.

The study is the largest of its kind to show a clear link between infection and a person's risk of developing mood disorders and suggests that people may be able to prevent mental ill-health by maintaining a healthy immune system.

Infections are thought to contribute to the onset of mood disorders by making the blood-brain barrier more permeable.

Dr Eriksen Benros concluded: "It is naturally important that more research is conducted into the mechanisms which lie behind the connection between the immune system and mood disorders."

People can take a number of steps to maintain a strong and healthy immune system, including eating a balanced diet, minimising stress and getting the recommended amount of sleep.

Another way to boost immunity is to take a natural food supplement called BioBran MGN-3, which studies have revealed to be a powerful immunomodulator.

Produced from the breakdown of rice bran with enzymes derived from the shiitake mushroom, this unique and entirely natural MGN-3 arabinoxylan supplement can help to bolster weak immune systems and shore up the body's defences.

If further studies confirm the role of infections in the development of some mood disorders, this could provide another role for BioBran in helping to promote mental and emotional wellbeing.