Research suggests that poor sleep may contribute to skin ageing and a reduced ability to recover from UV-related damage and other environmental stressors. 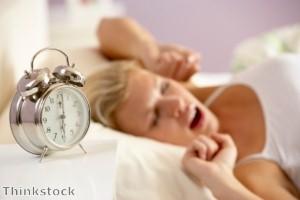 Sleep is important for a number of reasons, one of which appears to be maintaining healthy skin.

A total of 60 women, aged 30 to 49, took part in the study, half of whom reported poor-quality sleep.

The women completed sleep logs for a week so that the researchers could assess their sleep duration.

They were also subjected to a visual skin evaluation and several non-invasive tests, including exposure to UV light and minor disruptions to the skin barrier.

Their skin also took longer to recover from various environmental stressors, such as UV radiation or damage to the skin barrier.

Poor sleepers were also more likely to give a negative assessment of their own skin's appearance.

"Our study is the first to conclusively demonstrate that inadequate sleep is correlated with reduced skin health and accelerates skin ageing," said Dr Elma Baron, who presented the findings at the International Investigative Dermatology Meeting in Edinburgh.

"Sleep-deprived women show signs of premature skin ageing and a decrease in their skin's ability to recover after sun exposure."

Dr Baron pointed out that inadequate sleep has become a "worldwide epidemic" and has already been linked to a number of medical problems, including obesity, diabetes, cancer and immune deficiency.

However, she added that its effects on the skin had not previously been recognised.

People who are concerned about the impact of sleep deprivation on their skin may want to provide extra nutritional support from inside the body by using a food supplement such as Klamath Blue-Green Algae.

This organic wholefood supplement contains wild algae from Upper Klamath Lake in the US and is a particularly nutrient-dense product thanks to the conditions in which it grows.

Used by high-profile celebrities such as Jennifer Aniston and Demi Moore, this popular food supplement contains a wide array of vitamins, minerals and other nutrients that support optimum health, including that of the skin.

Another product of interest is Royal Jelly, which is made by worker bees to greatly enhance the queen bee's longevity and is a veritable powerhouse of nutrients.

Many people - including high-profile celebrities such as Jerry Hall and the late Barbara Cartland - credit Royal Jelly for maintaining their youthful appearance and high levels of energy.