Research suggests that living near to a benzene-releasing refinery or manufacturing plant may increase people's risk of non-Hodgkin lymphoma. 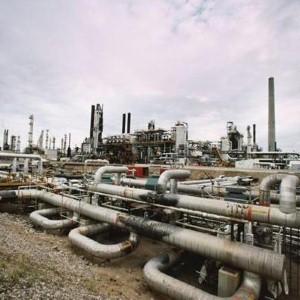 People who live near facilities that release the chemical benzene into the environment may have an increased risk of certain cancers, a study has found.

Benzene is an organic chemical that is principally used as an intermediate when making other chemicals, typically in the production of plastics, rubbers, dyes, detergents, drugs and pesticides.

It is a known carcinogen and is therefore rarely used in non-industrial processes, although humans also come into contact with benzene from smoking tobacco.

A new study published in the journal Cancer by scientists at Emory University in the US has highlighted the risks associated with living near to benzene-emitting plants.

The research team used data from the Environmental Protection Agency and the US Census Bureau to analyse geographic patterns of a type of blood cancer called non-Hodgkin lymphoma, which starts in the lymph nodes and the lymphatic system.

They discovered that the incidence of the disease was noticeably higher than expected in areas close to benzene-releasing facilities, such as petroleum refineries and manufacturing plants.

For every extra mile in distance away from the nearest benzene-releasing site, there was a 0.31 per cent decrease in the risk of non-Hodgkin lymphoma.

The findings could have important implications in the UK, where the disease is the sixth most common type of cancer in adults and affects around 12,200 people each year.

Catherine Bulka, who conducted the research alongside colleagues in Emory University's Lymphoma Programme, said: "Our study is the first to examine the relationship between passive benzene exposure and the incidence of non-Hodgkin lymphoma at the state population level.

"Our findings are limited without similar studies to corroborate our results, but we hope that our research will inform readers of the potential risks of living near facilities that release carcinogens into the air, groundwater or soil."

While people living in such areas may not be in a position to move elsewhere, there are steps they can take to minimise their risk.

For instance, the food supplement BioBran MGN-3 - supplied by Really Healthy - can help to boost the immune system so that it is better equipped to deal with toxins.

In addition, a liquid food supplement called AlphaClear could help to protect the body against benzene's harmful effects thanks to one of its major constituents, Zeolite.

This naturally occurring mineral is formed over millions of years as volcanic rocks and ash react with alkaline groundwater.

It has a unique structure of pores and chambers that enables it to 'mop up' heavy metals and toxins, including carcinogenic benzene.