People who are prone to worrying may benefit from regularly getting a good night's sleep, research suggests. 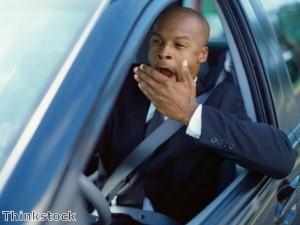 People who suffer from sleep deprivation may start to display abnormal neural activity in their brain, similar to that seem in anxiety disorders, a study has found.

Researchers at the University of California, Berkeley, scanned the brains of 18 young adults as they looked at various images, both after a good night's sleep and again after they had been deprived of rest.

None of the participants had a clinical anxiety disorder, but some were innately anxious.

When warned that they were about to see a disturbing image, participants who had just had a sleepless night showed significant activity in parts of their brain involved in emotions.

This effect was particularly noticeable in people with an innate tendency to feel anxious.

The findings, which are published in the Journal of Neuroscience, suggest that lack of sleep may cause extra activity in the brain regions that contribute to excessive worrying and anxiety.

In fact, the patterns seen in sleep-deprived but otherwise healthy young people were similar to those seen in people with anxiety disorders.

Senior study author Dr Matthew Walker, professor of psychology and neuroscience at the University of California, Berkeley, said: "These findings help us realise that those people who are anxious by nature are the same people who will suffer the greatest harm from sleep deprivation."

On a positive note, tackling sleep disruption in people with anxiety could help to ease their excessive worrying and make them less fearful, Dr Walker noted.

He added: "This discovery illustrates how important sleep is to our mental health."

Unfortunately, many people suffer from fatigue, with sleep deprivation and anxiety forming a vicious cycle.

Medication should be seen as a last resort and people usually prefer to try a natural approach, including lifestyle and behavioural changes.

Another approach that can be beneficial is to use an organic wholefood supplement called Klamath Blue Green Algae, which provides a whole host of health benefits for users.

Supplied by The Really Healthy Company, this wild blue-green algae harvested from Upper Klamath Lake in Oregon, US, is the most nutrient-dense greenfood available and can have positive effects on the body's endocrine (hormone) system thanks to its high levels of gamma linolenic acid.

By energising, combating stress and helping to maintain hormonal balance during the day, Klamath Blue Green Algae supports overall wellbeing and may set people up for a better night's sleep.