A team of scientists has identified how brown fat cells are produced - findings that could play a key role in the fight against obesity. 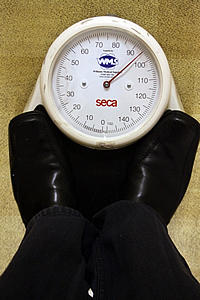 Scientists have moved a step closer to understanding how brown fat cells can be harnessed to burn excess energy and so combat the growing problem of obesity.

Up until now, health researchers had struggled to pinpoint the presence of brown fat cells on a molecular level, hindering efforts to make use of this natural defence against obesity.

However, a team from the University of Texas Southwestern Medical Center have deciphered how such cells are formed, with their research indicating that being exposed to the cold can lead the body to start generating them.

Writing up the findings in the journal Nature Medicine, study leader Dr Philip Scherer explained that tests carried out on mice found that exposing the animals to the cold helped to drive the generation of healthy fat cells.

"The major finding is that the cold-induced adaptation and appearance of brown fat cells involves the generation of completely new cells rather than a retooling of pre-existing white fat cells into brown fat cells in response to the cold," he added.

It is now hoped that further work will help scientists find a way of translating these findings into clinical use, with the active generation of brown fat cells seen as an effective means of fighting back against the current obesity epidemic.

According to NHS figures, the BMI of the average Briton has continued to increase over the past 20 years, with the heaviest people putting on excess weight at the fastest rate.

Individuals who are conscious of their weight and want to do all they can to ensure their diet is as healthy as possible might be interested in taking an all-encompassing healthfood supplement to give their body a boost.

KBG Algae - available from the Really Healthy Company - is one such complex, boasting a wealth of vitamins, minerals and vital nutrients to support the body and all of its biological processes.

For example, it is an especially rich source of chlorophyll which helps with cell regeneration, blood purification and general detoxification.