Research may put to bed the age-old debate about whether or not there is a genetic risk factor associated with obesity. 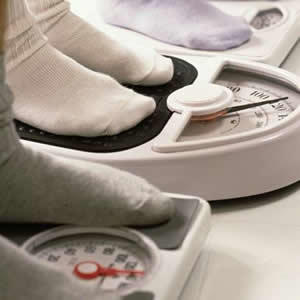 Medical professionals and members of the public alike have long debated whether or not genes could be behind the likelihood of an individual becoming obese. Many people who struggle with their weight insist there is an underlying genetic cause, which they are powerless to control. Sceptics, on the other hand, say obesity is self-inflicted.

Now, new research may provide backing for the former school of thinking, as scientists from the University of Cambridge believe they have uncovered a genetic risk factor for severe obesity, having sequenced the genes of over 2,000 obese individuals.

A genetic mutation on the Kinase Suppressor of Ras 2 (KSR2) gene is said to reduce an individual's metabolic rate - rather, how quickly they burn calories - meaning that it could be directly responsible for a person struggling to keep off the pounds.

However, it is said to be extremely rare, meaning that the mutation is far from an explanation for the obesity cases that are becoming all the more prevalent among western populations in particular.

KRS2 is one of a group of genes known simply as 'scaffolding proteins'. This is because they are fundamental in processing hormonal signals, which regulate vital biological functions such as cell growth, division and use of energy. KRS2's mutation was shown to disrupt these signals, which reduced associated cells' ability to process glucose and fatty acids - thereby causing the patient to put on weight by not using up all of the energy they consumed in their diet.

The findings, published in the journal Cell, are significant as they not only give medical professionals a target for therapeutic interventions for obesity, but also provide a possible avenue for further research aiming to combat associated conditions, such as type 2 diabetes.

Explaining the unique nature of the discovery, Professor Sadaf Farooqi from the University of Cambridge's Wellcome Trust-MRC Institute of Metabolic Science commented: "Up until now, the genes we have identified that control body weight have largely affected appetite. However, KSR2 is different in that it also plays a role in regulating how energy is used in the body."

It follows previous studies carried out by David Powell and colleagues at Lexicon Pharmaceuticals in the US state of Texas, which had revealed that genetic deletion of KSR2 caused mice to become severely obese.

Despite this research, however, Dr Farooq pointed out that she believed "changes in diet and levels of physical activity underlie the recent increase in obesity". For this reason, people who find they have problems keeping their weight in check should look carefully at their diet and fitness regime, rather than simply putting these issues down to genetic factors.

Those looking to make positive changes to their diet should ensure they are consuming the right quantities of the various food groups and staying away from unhealthy options - such as fast food and anything high in saturated fats - where possible.

Another way for individuals to improve their diet might be to incorporate a broad-spectrum daily nutritional supplement, such as KBG Algae, into it - available from the Really Healthy Company.

That way, people can ensure they are getting all of their essential vitamins and minerals, as this particular formula can help to boost the immune system, scavenge free radicals and support cell regeneration, blood purification and general detoxification, amongst other things.