Why is Royal Jelly Considered An Anti-aging Product? 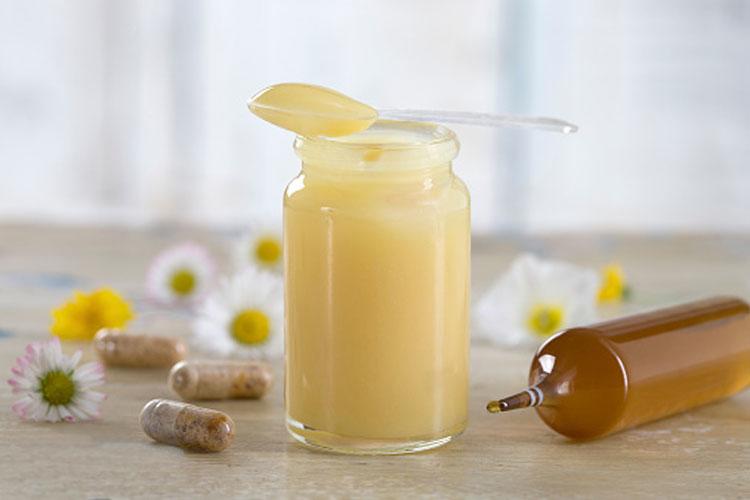 How do we age?

Ageing is thought to be the inevitable result of the non-stop duplication of genetic material over the period of a lifetime. To put it in very basic terms cellular replication is like copying a VHS videotape. If you are young enough to remember VHS videotapes, you may recall that copying one video to another video would gradually reduce the quality of the copy. Cellular replication is similar – each cell is copied, then the copy is copied, and so on and so forth – millions of times over a lifetime.  With each copy, the quality of the cell declines: resulting in the appearance of fine lines and wrinkles on a superficial level, and slower metabolism and healing and lesser function on the interior.

In addition to this natural process of cellular degradation over time – exposure to pollutants, lifestyle, stress and sleep quality are just some of the things that can play a role in accelerating the ageing process. While we know that habits like drinking and smoking are ageing, what is less acknowledged is the ‘toxic soup’ we live in from day to day: pollution in the air, food, water – excessive exposure to unnatural light and chemicals in our foods – which can be just as damaging to our health and the way we age as smoking is.

Isn't it just a matter of genetics?

Genetics are also thought to play a significant role in how ‘well’ we age. Scientists have identified genes that are specifically associated with longevity and lifespan.  Within the field of nutrigenomics, the nutrient content of the cellular environment in which genes replicate has been linked to the quality of gene replication and the expression of ‘good’ and ‘bad’ genes. Sub genes that are not directly relevant to ageing also play a role and these are thought to be the genes that are associated with detoxification – which may be why antioxidants play such a large role in the anti-ageing market. Vitamin C is a potent anti-oxidant, and also an ingredient frequently encountered in anti-ageing products and protocols.

So what does all of this have to do with Royal Jelly?

Royal Jelly’s reputation as the ‘elixir of life’ is a controversial substance. This is because in modern times, the evidence is that which can be observed in a laboratory setting, and the existing evidence base for Royal Jelly is the thousands of years of its documented use as a health aid, medicine, beauty and longevity product.

The first documented use of Royal Jelly for health known to us is a record of Royal Jelly being used in Ancient Greece, where it was referred to as ‘the nectar which gave immortality to the Gods’. It has also been recorded as being one of Cleopatra’s beauty secrets, and by Aristotle to be the life source of the Queen Bee. Since then, Royal Jelly has been documented as a miraculous fluid giving strength and endurance to the Queen Bee throughout time. Today, Royal Jelly is still held in high regard, just like its sister product: honey.

What does modern science have to say about all of this?

With the advent of modern science, we are now able to gain some specific chemical insights into what the active constituents of Royal Jelly are, and we now know that Royal Jelly is a potent, nutrient-dense substance. Secreted as a milky white substance by young bees to feed the queen, Royal Jelly is a highly nutrient-dense substance that has been extensively studied for its health benefits, particularly in the realm of menopause, high cholesterol and fatigue. Knowing of these outstanding health assisting qualities one would think that there is reason enough to take Royal Jelly as part of everyday health maintenance – yet consumers are increasingly taking Royal Jelly as an anti-ageing aid. Why? Let’s take a look at the data available on Royal Jelly to find the link.

What is in Royal Jelly?

Under a microscope, fresh Royal Jelly is composed of 60-70% water.  The rest is made of a mixture of anti-microbial proteins, essential amino acids, carbohydrates, anti-inflammatory lipids, vitamins, minerals, anti-oxidant flavonoids and polyphenols, B-Vitamins and trace minerals.

The use of Royal Jelly as a longevity aid has been researched in animal studies. In these studies, it was found that consuming Royal Jelly prolonged the lifespan of honey bees, fruit flies, crickets, silkworms, mice, and humans. These studies have been sporadic, with little focus on how frequently and at what quantity and form Royal Jelly should be taken to have an anti-ageing effect, and so an investigation into this is still ongoing. It is thought that Royal Jelly’s observed effects on pathways associated with oxidative stress, the reduction on insulin-like growth factor, as well as it’s influence on the interplay between numerous genetic pathways work together to generate a result of increased lifespan: although this is theory and no conclusion. It is also the case that the genetic interplay triggered by consumption of Royal Jelly is the same genetic activity that has been linked to DNA repair, anti-oxidant activity, anti-inflammatory activity and enhancement of cellular detoxification: all effects that happen to play a large role in ageing, and more specifically: antiaging.

So is Royal Jelly an anti-ageing aid?

Overall, it is exceptionally difficult to assess with certainty whether or not one single substance like Royal Jelly generates longevity and slows down the process of ageing: there is just so much going on as we grow!  Humans are exposed to so many different things throughout their lives, that it is difficult to pinpoint a magic ingredient that can offset the daily barrage of pollutants and events that can accelerate ageing.

What we do know is that for centuries, Royal Jelly has been used as a medicine for chronic disease, and is gaining in popularity as an anti-ageing aid. We do know that in some creatures (including some humans) consumption of Royal Jelly has a positive effect on longevity and ageing.

The only way to know of its benefits for yourself as an individual is to try it.