A review has concluded that bioactive components of rice bran may help to prevent the growth of cancer cells and encourage the natural process of cell death in tumours. 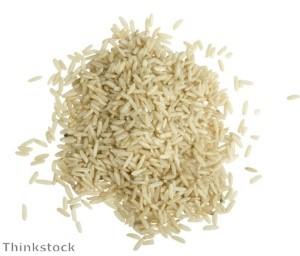 The potential cancer-preventive properties of rice bran have been highlighted by a recent review of research on the subject.

Rice bran is a nutrient-rich byproduct of the milling process by which brown rice is converted into white rice.

It contains high levels of antioxidants that are thought to have a wide range of benefits for people's health, with a growing body of evidence suggesting that its combination of bioactive molecules may help to reduce the risk of cancer.

In a recent review of research, published in the journal Advances in Nutrition, scientists at the University of Colorado Cancer Centre concluded that rice bran may indeed help to prevent cancer.

Studies are also ongoing to see whether it may help to prevent the recurrence of disease in patients who have been treated for bowel cancer.

Senior review author Dr Elizabeth Ryan, who is an assistant professor in the university's department of environmental and radiological health sciences, said: "I am excited about the opportunities to deliver bioactive, cancer fighting compounds with food."

Commenting on the drug-like characteristics of rice bran, she revealed: "There's a delicate balance of bioactive components in rice bran that together show anti-cancer activity including the ability to inhibit cell proliferation, alter cell cycle progression and initiate the programmed cell death known as apoptosis in malignant cells."

Research has shown a number of different bioactive small molecules to be present in rice bran, such as polyphenols, ferulic acid, tricin, tocopherols and phytic acid.

Scientists are now trying to determine the most effective ratios of these different active molecules to achieve the optimum level of anti-cancer activity.

It is thought that supplements containing a combination of nutrients derived from rice bran are likely to be far more effective at boosting the immune system than any of the individual active molecules on their own.

"Previous attempts to isolate one or another compound have been largely unsuccessful and so it looks now as if rather than any one compound giving rice bran its chemo-preventive powers, it's the synergistic activity of multiple components in the whole food that should be studied," Dr Ryan added.