Anxiety in relationships has long been known to cause individuals great deals of mental stress, however new research suggests that these feelings can harm your physical health as well, by taking their toll on your immune system. 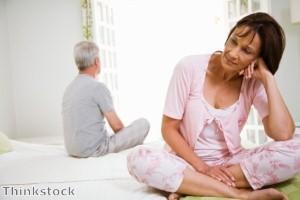 The immune system is absolutely crucial to health, serving as the body's natural defences against infections. By undermining its effectiveness, this relationship anxiety can leave individuals open to serious health concerns.

A team of scientists at Ohio State University's College of Medicine in the US looked at 85 couples who had been typically married for 12 years. Assessing anxiety levels on matters concerning their most intimate relationships, they also took blood and saliva samples.

These revealed that levels of cortisol were 11 per cent higher in those who displayed greater signs of attachment anxiety. This is not surprising given that cortisol is a hormone closely associated with stress.

However, this wasn't the only difference. These people were also found to have between 11 per cent and 20 per cent fewer T-cells, which are used by the immune system in the fight against disease.

Speaking to the Huffington Post, lead researcher Lisa Jaremka said: "The thing that was surprising was the magnitude of the difference, especially in the immune cells that we saw."

"Some of the differences in the immune cell numbers, between the higher and the less high anxious attached people, were on the magnitude of what you'd see between obese and non-obese people."

She suggested that anyone who feels high levels of anxiety over their relationships shouldn't be concerned though, because they may not feel like this all the time or in every relationship.

As we have seen, stress can take an incredible toll on your immune system. To help support your immunity during stressful periods, try BioBran MGN-3, one of the most-effective immune-modulators available for helping the body to maintain healthy defences.