Research suggests that a high intake of polyphenol antioxidants may be associated with increased longevity. 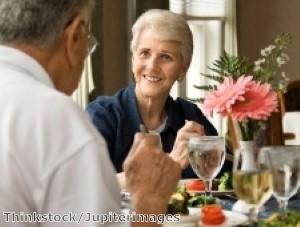 People with a high intake of polyphenol antioxidants may benefit from increased longevity, a new study suggests.

Researchers in Spain and Italy looked at the links between polyphenol intake and mortality in 807 older men and women, aged 65 and older, who lived in the Chianti region of Tuscany.

Participants enrolled in the study between 1998 and 2000 and were then followed for the next 12 years.

They provided urine samples at the start of the 12-year study so that the researchers could measure their concentrations of a biomarker of polyphenol intake, as well as completing food frequency questionnaires to give an indication of their dietary polyphenol consumption.

Just over a third (34 per cent) of the study participants died during the follow-up period.

The researchers found that people who survived beyond the end of the study tended to have had higher levels of the urinary biomarker for polyphenol intake at the start of the 12-year period than those who died.

Publishing their findings in the Journal of Nutrition, the study authors noted that polyphenol consumption "might have a role in the prevention of several chronic diseases".

They concluded: "Total urinary polyphenol [concentration] is an independent risk factor for mortality among community-dwelling older adults, suggesting that high dietary intake of polyphenols may be associated with longevity."

Consumers who wish to increase their intake of antioxidant nutrients should aim to eat a wide variety of fruits and vegetables, as well as taking a high-quality antioxidant food supplement.

One example of a superlative antioxidant complex is AlphaGuard Plus, which contains a broad array of nutrients and complexes that help to protect the body's cells against damaging molecules called free radicals.

Some of the ingredients in AlphaGuard Plus are vitamins C and E, grape seed extract, quercetin, zinc, alpha lipoic acid and curcumin.

For those who are particularly interested in this last ingredient, which is derived from the curry spice turmeric, another product called AlphaCurcumin could be ideal.

Curcumin is known to be a particularly powerful antioxidant and anti-inflammatory nutrient, and AlphaCurcumin contains a form that is particularly 'bioavailable', meaning the body is better able to absorb it and make use of its beneficial components.