A study has linked prenatal exposure to DDT to an increased risk of high blood pressure. 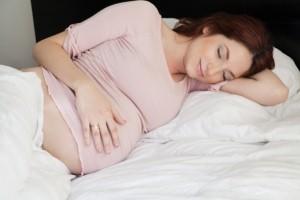 Females who were exposed to a pesticide called DDT while in the womb appear to face a significant increase in their risk of high blood pressure in adulthood, a study has found.

DDT (dichlorodiplhenyltrichloroethane) was first created in 1874 and was used to control malaria and typhus during the second world war, before becoming widespread as an agricultural insecticide.

It has since been identified as a major environmental and health hazard and is now banned for agricultural use around the world.

Previous studies have linked DDT exposure to persistent high blood pressure, or 'hypertension', in adults, but the latest study in the journal Environmental Health Perspectives is the first to link prenatal exposure to DDT with hypertension in adults.

Researchers at the University of California, Davis' department of environmental toxicology looked at concentrations of DDT in blood samples provided by women who received pregnancy care in San Francisco between 1959 and 1967.

They also surveyed these women's adult daughters to see whether they had developed high blood pressure.

Results show that women who were exposed to high levels of DDT while still inside the womb were three times more likely to have been diagnosed with hypertension than those who were not exposed to the pesticide.

The findings could have important implications, as traces of the pesticide remain in the food system thanks to its persistence in the environment.

Unfortunately, there are many chemicals such as DDT in the environment as a result of indiscriminate use before the health risks were fully understood.

However, it is possible to help the body cleanse itself of many of these toxins by using a supplement such as AlphaClear.

Supplied by The Really Healthy Company, this supplement is specifically designed to help detoxify the body and provide immune support through its combination of alpha lipoic acid and zeolite.

Alpha lipoic acid has powerful antioxidant properties that enable it to protect the body's cells from damaging free radicals, the production of which is increased by toxins.

Zeolite, meanwhile, is a volcanic mineral that forms over millions of years and is excellent at 'mopping up' heavy metals and other toxins.

For this reason, it is used to eliminate toxins during pharmaceutical production and water purification and is likely to be of interest to those concerned about their exposure to environmental toxins.