Research suggests that longer life expectancy has been accompanied by an improvement in people's health in their latter years. 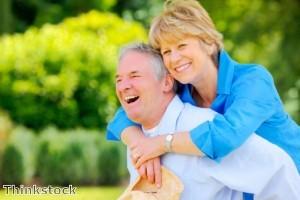 Concerns are often voiced about the fact that people are living for longer but in poorer health, but the latest research seems to dispel these fears.

According to scientists at Harvard University and the US National Bureau of Economic Research, life expectancy has increased over the past 20 years and people have actually become increasingly healthy in later life.

Professor David Cutler, from Harvard University, revealed: "With the exception of the year or two just before death, people are healthier than they used to be."

The research team looked at data collected from nearly 90,000 people between 1991 and 2009, who were followed for the rest of their lives.

This enabled the researchers to assess how healthy individuals were relative to how close they were to dying.

Analysis revealed that the average person now enjoys much better health in later life than might have been expected in the past.

"Where we used to see people who are very, very sick for the final six or seven years of their life, that's now far less common," Professor Cutler explained, adding: "People are living to older ages and we are adding healthy years, not debilitated ones."

There may be a number of reasons for the trend; for instance, certain conditions - including cardiovascular disease - are much less debilitating today than they were in the past, with a greater proportion of people enjoying a reasonable recovery.

Furthermore, people's knowledge of how to lead healthier lifestyles has improved and many are taking steps to help prevent physical and cognitive decline.

One way to do this could be to use royal jelly, a natural elixir that contains a powerhouse of nutrients to help maintain health.

Produced by worker bees to nourish the queen bee, royal jelly provides a number of nutrients that are needed for energy and vitality, including nucleic acids, enzymes, vitamins, minerals and gelatine.

Another product that may be of interest is Klamath Blue Green Algae, an organic wholefood supplement that is packed with nutrients and is therefore ideal for people of all ages.

In particular, it may help to ward off age-related conditions such as arthritis and promote energy and optimum vitality.