A researcher with more than six decades of experience in dietary factors that contribute to heart disease has pinpointed unnaturally oxidised cholesterol as a key culprit. 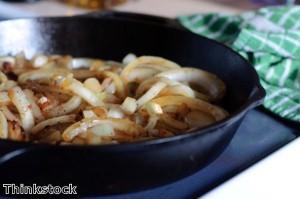 Heart disease is often blamed on dietary cholesterol, but an experienced professor in the US has claimed that the real culprit is cholesterol that has been unnaturally oxidised.

Oxidised cholesterol can come about in a number of ways, such as by frying foods in reused oil, eating large amounts of polyunsaturated fats and smoking - and it is this that contributes to heart disease, according to researcher Fred Kummerow, emeritus professor at the University of Illinois.

Professor Kummerow has spent more than 60 years studying the dietary factors that contribute to heart disease and now regards oxidised cholesterol as the primary cause.

Writing in the American Journal of Cardiovascular Disease, he reveals: "Oxidised lipids contribute to heart disease both by increasing deposition of calcium on the arterial wall, a major hallmark of atherosclerosis, and by interrupting blood flow, a major contributor to heart attack and sudden death."

In addition, oxidised low-density lipoprotein (LDL or 'bad cholesterol') increases the formation of a blood-clotting agent called thromboxane in platelet cells, which assist in the clotting process.

This means there are three distinct ways that people endanger their heart health when they eat a diet rich in oxidised cholesterol and exacerbate the problem by smoking tobacco, according to Professor Kummerow.

Oxidation is thought to have a number of adverse effects on the body, increasing the risk of common illnesses, premature ageing and general biological stress.

However, people can protect against cellular oxidation and increase their chances of optimum health by taking a high-quality antioxidant supplement.

One such product is AlphaGuard Plus, a full-spectrum antioxidant complex that can help to tackle the oxidative stress that unhealthy diets and rising levels of pollution place on our bodies.