Research shows that just one week on an organic diet can reduce our pesticide load by nearly 90%. 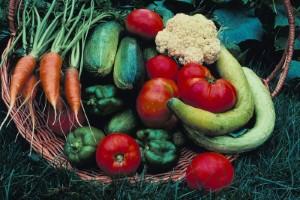 Just one week on an organic diet will reduce your pesticide load by nearly 90%, according to a study in Environmental Research. This study has been published here.

As most pesticides are poisonous to the body — after all they are specifically designed to kill things — this can make a huge different to our health and our risk of getting diseases like cancer.

What is astonishing is how quickly the body is able to reduce its toxic load once we stop continuing to ingest toxins. This really can make a massive difference in our health and wellbeing. It might not be immediately apparent, but in the long term we are less likely to get many of the degenerating diseases that are associated with farm toxins.

As we wrote about earlier, the problem for many people regarding organic food is that it is more expensive than non-organic food and considered a luxury. Therefore we need to be smart in choosing which organic foods to buy, selecting those we regularly eat that carry the greatest pesticide load.

At the top of the toxic list are peaches, apples, sweet peppers, celery, nectarines, strawberries, cherries, pears, grapes, spinach, zucchini, cherry tomatoes, kale, collard greens, hot chillies and lettuce. If you are not prepared to eat organic with these then do not eat them at all. Just by avoiding these toxic foods or buying their organic equivalent, we can reduce our pesticide intake by up to 80%.

Regarding meat and fish, it goes without saying that these can be incredibly toxic as environmental toxins concentrate higher up on the food chain, compounded by the hormones and antibiotics added into the mix. Even fish — marketed as a healthy "brain food" — accumulate toxins from the oceans, counteracting many of their nutritional benefits. Farmed fish are some of the most toxic. Organic meats, therefore, are recommended, but can be very expensive. (If cost is a big consideration for you, then going vegetarian can be much cheaper and kinder to animals and the environment.)

Another advantages of organic food is that it tends to be more nutritious, better tasting and should not have any GMOs.

The reason that organic food is more nutritious is that, without pesticides, plants have to protect themselves and one way they do this is by increasing their production of antioxidants. Another factor is that organic farms are more likely to have soils with a higher mineral content than soils in non-organic farms, which translates to mineral-rich produce. This is also the reason it tastes better — it is the minerals in fruits and vegetables that give them their taste.

And finally, you are much less likely to find yourself eating genetically modified ingredients when you choose organic. I say "less likely" as GMO contamination is becoming more widespread with each passing year, and so organic food companies which do not usually have the budget for constant GMO contamination testing do not want to find themselves making false claims. That is why "GMO-FREE" has largely been dropped from organic food labels. In fact, one day in the future, if organic food companies still want to be in business then the organic regulators may well have to accept genetic contamination of organic produce.

In the meantime, eating organic is probably one of the very best things you can do for your health. And it does not have to cost the Earth if choose the right foods.