Official statistics have been published revealing the extent of England's obesity crisis, with just 34 per cent of men and 39 per cent of women reporting a healthy weight during 2011. 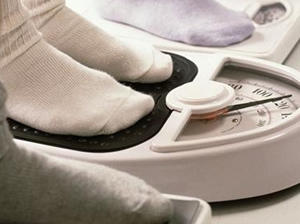 According to the Health and Social Care Information Centre, a staggering 65 per cent of men and 58 per cent of women are now classified as overweight or obese.

Alarmingly, just 36 per cent of adults are exercising moderately for more than 30 minutes a week, despite the fact that the recommended weekly total is 150 minutes.

It's not just exercise where people's habits are deteriorating. Fresh fruit and vegetable consumption is also declining with just 24 per cent of men and 29 per cent of women regularly eating five daily portions.

It appears that this poor example is also being followed by children, with no more than 16 per cent of boys and 20 per cent of girls regularly eating a healthy amount of fruit and veg.

On top of this, obesity rates are increasing for even the youngest children, with 9.5 per cent of those attending reception classes for four-to-five-year-olds categorised as obese for their age in the 2011-12 school year.

As a result of these statistics, it is unsurprising to learn that there were 11,736 hospital admissions due to obesity in 2011-12, an 11-fold increase on the number recorded just ten years earlier.

Commenting on the findings, the British Heart Foundation's senior cardiac nurse Amy Thompson said that they are all the more disappointing coming so soon after Britain celebrated the sporting achievements of its Olympic heroes.

"These figures hold a mirror to the state of the country's health - and it is not a flattering reflection," she said. "The number of people who are overweight or obese is steadily climbing and unhealthy lifestyle choices are helping us along this path."

Those looking to improve their diet as part of efforts to lose weight could yield significant benefits from a health supplement. Klamath Blue Green Algae is rich in vital nutrients making it a great candidate for someone with a poor diet.

In fact, Klamath Blue Green Algae is the most nutrient-dense green food commercially available, and is a particularly rich source of protein, vitamins, minerals, antioxidants and phytonutrients that make it a valuable addition to any diet.