Research suggests that lycopene derived from tomatoes may have significant benefits for the cardiovascular system. 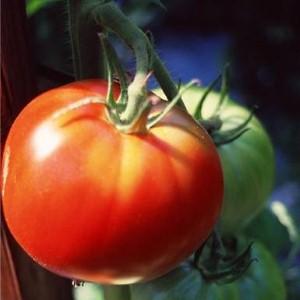 Supplements containing an ingredient derived from the skin of tomatoes could have significant benefits for people with cardiovascular disease, research has shown.

The ingredient, called lycopene, belongs to a group of natural plant pigments called carotenoids and is responsible for giving tomatoes their bright red colour.

It is a potent antioxidant and is increasingly being recognised for its health benefits, including its effects on the cardiovascular system.

According to a study presented at a meeting of the American Heart Association in November 2012, oral supplementation with lycopene may help to improve the functioning of the inner lining of blood vessels or 'endothelium' in people with pre-existing cardiovascular disease.

Although the findings are preliminary, it appears that lycopene supplements could help to reduce the likelihood of heart attack and stroke in patients who are at risk.

For their study, researchers at the UK's University of Cambridge and Estonia's University of Tartu recruited 36 people with cardiovascular disease and a further 36 healthy volunteers.

Participants were given 7mg of lycopene or a placebo (dummy pill) every day for two months and tests were carried out to assess their cardiovascular health.

The researchers found that people with cardiovascular disease who took lycopene typically benefited from a 53 per cent improvement in a key measure of endothelial function, while those who were healthy to start off did not experience any changes.

They concluded that lycopene supplementation "improves endothelial function in patients with cardiovascular disease" and called for further investigation with a larger number of study participants.

Ian Wilkinson, director of Cambridge University's clinical trials unit, commented: "We think these results are good news and potentially very significant, but we need more trials to see if they translate into fewer heart attacks and strokes."

Lycopene is increasingly being included in antioxidant supplements, such as the AlphaGuard Plus antioxidant complex.

Rather than relying on one nutrient alone, AlphaGuard Plus is a full-spectrum antioxidant food supplement that is designed to complement the antioxidants we obtain through our diet.

Another product that contains lycopene is AlphaProst Plus, which many men use to help maintain a healthy prostate.

The unique blend of herbs and nutrients is designed to support prostate health by balancing hormones, reducing inflammation and stimulating and regulating the immune system.