Research shows that many people with MS use supplements and herbal medicines to boost their overall health and wellbeing. 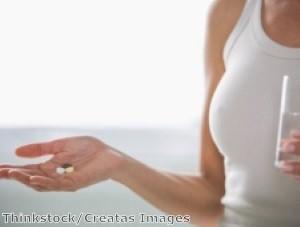 A study involving people with multiple sclerosis (MS) has highlighted the widespread use of complementary therapies such as food supplements and herbal medicines among people with the neurological condition.

MS affects around 100,000 people in the UK and is usually treated with disease-modifying drugs, physiotherapy and dietary changes.

However, a new study in the Scandinavian Journal of Public Health shows that many patients are also keen to adopt a natural approach to managing their condition.

Researchers at the University of Copenhagen surveyed 3,361 members of the Danish MS Society and found that many people with MS use a "large range" of complementary therapies.

A natural approach to MS tended to be favoured by women, patients between the ages of 18 and 40, those with a university degree and those with an above-average income.

Lasse Skovgaard, from the University of Copenhagen and the Danish MS Society, observed: "Some critics are of the opinion that when alternative treatments are so popular, it is because they appeal to naive people looking for a miraculous cure.

The Danish researchers also took part in a recent study that looked at the use of complementary medicines among MS patients in Denmark, Sweden, Norway, Finland and Iceland.

Use of these therapies ranged from 46 per cent of people in Sweden to 58.9 per cent of those in Iceland, with the most common approaches including vitamin and mineral supplements, oil supplements, dietary modifications, acupuncture and herbal medicines.

When asked why they used a natural approach, either in isolation or alongside conventional medications, most patients said they hoped to strengthen their body in general, improve muscle strength or boost overall wellbeing.

Publishing their findings in the journal Autoimmune Diseases, the researchers concluded that rather than relying on food supplements or other natural approaches to improve specific symptoms, people with MS tend to use these products to improve their "general state of health".