It would seem that Angelina Jolie's decision to go public about her elective mastectomy has seen more women choose the same path. 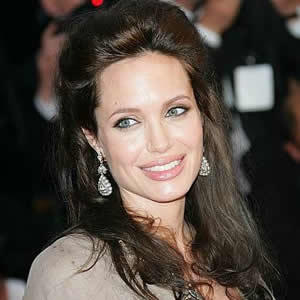 Earlier this year, Angelina Jolie was praised for her brave decision to go public about choosing to have a double mastectomy, due to her increased genetic risk of developing breast cancer.

Now, it would appear that the celebrity's move has encouraged more women to get themselves checked and screened to give themselves the best possible chance of not developing the condition.

Research shows that women who present a mutation of the BRCA1 or BRCA2 gene are far more likely to be diagnosed with breast cancer. The same is also true of men.

The mutation can be passed on across generations, meaning that some women in whose families there is a discernible trend of this kind of cancer are opting for genetic screening to ascertain whether or not they are at a greater risk. Fortunately, the mutation is rare in the general population.

For those who find that their risk is elevated, there are options moving forward to manage this. More regular and earlier screening should enable medical professionals to keep a close eye on those presenting the mutated gene, meaning that if cancer should develop, it will give doctors the best possible chance of catching it at a very early stage.

Alternatively, some women are choosing to go down the same route as Ms Jolie and have prophylactic surgery - rather, a double mastectomy of the healthy breast tissue in order to greatly reduce the risk presented by their genes.

The surgery is a significant and life-changing operation and, therefore, a decision about having it should not be taken lightly. However, eliminating this genetic risk could also prove life-changing in itself.

Those that do choose to go through with a mastectomy - perhaps combined with reconstructive surgery - may like to take steps to give their health a boost after the operation, to give their bodies the best possible chance of making a speedy recovery.

A supplement like Biobran MGN-3 available from The Really Healthy Company is designed to support the immune system by giving white blood cells much-needed glyco-nutritional support.

In addition, Indole-3-Carbinol from the same vendor could help to maintain a healthy balance of hormones, providing the nutritional support necessary for healthy functioning of not only the breasts but other reproductive organs too.