MGN-3 may reduce side-effects of radiotherapy

Lab tests suggest that BioBran MGN-3 arabinoxylan complex could help to protect against some of the side-effects of radiotherapy. 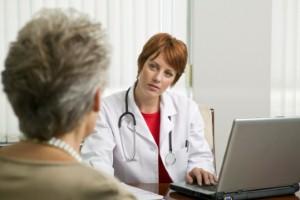 People undergoing radiotherapy often experience unpleasant side-effects, but these could be eased with the use of a natural immune modulator called MGN-3, early research suggests.

When a person receives radiotherapy to treat cancer, the treatment also destroys some of the healthy cells in the area of the body where the tumour is.

This results in fatigue, as the body is using its energy resources to repair the damage, and can also lead to long-term side-effects such as a change in skin colour in the treated area, dry mouth, breathing problems and long-term pain.

Radiotherapy can also cause the production of blood cells to slow down, resulting in low blood cell counts and a heightened risk of infection. This is particularly relevant for patients having total body irradiation prior to a bone marrow or stem cell transplant.

A new study conducted by researchers at the Charles Drew University of Medicine and Science in California suggests that some of the side-effects of radiotherapy could be reduced by using a natural product called BioBran MGN-3, which results from the breakdown of rice bran by enzymes derived from shiitake mushrooms.

Previous lab tests have shown BioBran MGN-3, which is Supplied by The Really Healthy Company, to be a powerful antioxidant and immune modulator.

The research team gave MGN-3 to mice both prior to whole body irradiation and for four weeks afterwards to see whether it helped to protect their 'hematopoietic' tissue, in which new blood cells are formed.

They found that mice which underwent radiotherapy without being given MGN-3 showed reduced blood cell counts and a decrease in the number of cells present in their bone marrow, both of which can cause unwanted side-effects.

In contrast, mice given MGN-3 prior to radiotherapy were protected from damage to their blood cell counts and did not suffer from a reduction in cells in their bone marrow.

MGN-3 was also associated with protection against weight loss.

Publishing their findings in the Journal of Radiation Research, the study authors concluded that MGN-3 "has the potential to protect progenitor cells in the bone marrow, which suggests the possible use of MGN-3/Biobran as an adjuvant treatment to counteract the severe adverse side-effects associated with radiation therapy".