The vast majority in care homes suffer from some degree of memory problems. 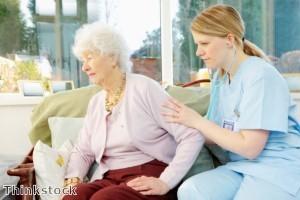 With more than 80 per cent of the care home residents in England, Wales and Northern Ireland suffering some form of dementia, it is clear that memory loss is a growing concern for the nation.

According to the Alzheimer's Society, approximately 322,000 of the 400,000 people living in care have some degree of memory problems or dementia.

This figure is approximately 30 per cent higher than previous estimates as a result of the ageing population.

With the UK demographics expected to continue skewing upwards as people live for longer than ever before, the memory issues faced by the nation's elderly are likely only to be exacerbated.

Of those in care with dementia or memory problems, it is estimated that fewer than half are enjoying a good quality of life.

The 'Low Expectations' survey of 2,000 adult relatives of people in care homes indicated that high levels of negativity remain about perceived life in these establishments, with only 41 per cent of relatives saying their loved ones have a good quality of life.

In total, it is estimated that more than 9.3 million adults (19 per cent) know someone with dementia who is being looked after in a care home. Staff training remains the key factor that 48 per cent of people would look for when choosing a care home.

With 70 per cent saying they would be fairly or very scared of going into care, the sector is facing a significant image crisis. The research also showed that 64 per cent feel not enough is being done to raise standards and tackle abuse.

Jeremy Hughes, chief executive at the Alzheimer's Society, said: "When you walk into an excellent care home it’s full of warmth, activities and interaction.

"But between these best examples and the worst, which often dominate headlines, there is a forgotten scandal of people with dementia who are failed and left living a life that can only be described as 'OK'."

Some of the main reasons for the worsening state of mental health among Britain's elderly are the sedentary lifestyles and unhealthy diets that have become synonymous with western culture.

In order to cut down on future health problems, it is important to regularly exercise and eat a healthy diet – something that has been shown to improve the memory and also help stave off cognitive decline.