Majority of people with diabetes 'do not have condition under control'

An analysis by Diabetes UK suggests that fewer than one in five people with diabetes meet recommended targets for blood glucose, blood pressure and cholesterol. 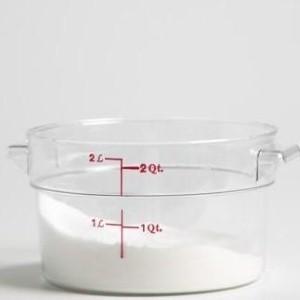 The vast majority of people with diabetes in England and Wales are failing to control their condition effectively, new research suggests.

An analysis by Diabetes UK indicates that just 19.9 per cent of people with diabetes in England and 18.5 per cent in Wales meet the recommended targets for blood glucose, blood pressure and cholesterol.

The situation is particularly worrying for people with type-1 diabetes, just 11.4 per cent of whom are managing to meet their treatment targets.

Based on data from the National Diabetes Audit, the findings suggest that many people are at risk of preventable complications, such as kidney failure, stroke and premature death.

Barbara Young, chief executive of Diabetes UK, said: "Given that diabetes is serious and can lead to early death if people with diabetes are not supported to manage their condition, it is extremely worrying that so few people have it under control.

"Whether these people have high blood glucose levels, blood pressure or cholesterol, they are at increased risk of diabetes-related complications such as heart disease, amputation and stroke."

Diabetes UK believes that many of the 24,000 premature deaths that occur each year among people with diabetes in England and Wales could be prevented by ensuring all patients receive the nine annual checks to which they are entitled to on the NHS.

At present, just 54 per cent of people with diabetes in England receive these checks, with the figure dropping below 20 per cent in some parts of the country.

The charity is also concerned that the situation is likely to worsen as the number of people with diabetes rises, with more than three million people already diagnosed with the disease.

Good blood sugar control is an important consideration for those with diabetes, who are advised to steer clear of foods that cause spikes in their blood sugar levels.

One item to include in a healthy eating plan could be xylitol, an alternative sweetener that contains natural compounds and is lower in calories than sugar.

AlphaSweet, the xylitol product supplied by The Really Healthy Company, is made from sustainably harvested birch trees and is a low-glycaemic sweetener, which makes it a good sugar substitute for those attempting to lose weight.

Its appearance and taste are almost identical to regular sugar, meaning it can easily be integrated into a person's diet.