Majority of Brits 'ignorant about cholesterol'

A survey suggests that seven in ten Britons do not know their own cholesterol level. 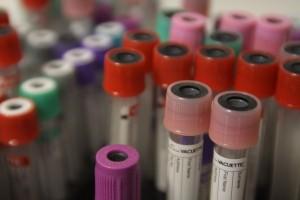 Most people do not know their own cholesterol levels, according to a new report from Flora pro.activ.

Researchers discovered that 70 per cent of survey respondents did not know their cholesterol level, with just one in four claiming to have a good understanding of the subject.

When asked to name some of the symptoms of high cholesterol, many wrongly cited headaches and dizziness, while 16 per cent said they thought eating too many eggs would lead to elevated cholesterol levels.

In fact, eating eggs was ruled out as a risk factor for cholesterol a number of years ago.

Another symptom that was incorrectly cited by one in ten was erectile dysfunction, which is actually only likely to be an issue after several years with elevated cholesterol.

The findings are concerning, as 58 per cent of men and 61 per cent of women have raised cholesterol and are therefore at risk of developing heart disease if they fail to manage the condition.

Commenting on the findings, Tanya Footman, senior nutrition and health manager at Flora pro.activ, told Female First: "It is extremely alarming that our cholesterol awareness and education is so low in this country, particularly considering the relatively high number of people living in the UK with raised cholesterol."

People with raised cholesterol can make a number of changes to their diet and lifestyle to help manage the problem.

For instance, eating too much saturated fat and not getting enough physical activity are known to contribute to raised cholesterol.

Individuals with these risk factors should therefore consider addressing them in order to reduce their risk of cardiovascular disease in the future.