A study suggests that lycopene may influence genes involved in the growth and survival of prostate cancer cells. 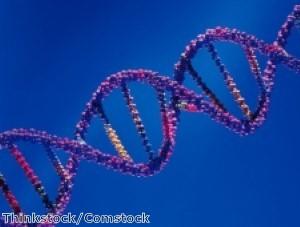 Previous studies have uncovered a link between consumption of lycopene - a carotenoid pigment found in tomatoes and some other plant foods - and a reduced risk of prostate cancer.

However, the reasons for lycopene's apparent protective effects against the most common form of cancer in UK men are not yet clear.

Researchers at the State University of New Jersey in the US set out to shed light on the issue by studying the effects of lycopene on the proliferation and survival of prostate cancer cells in the laboratory.

They also examined the nutrient's impact on the expression of certain biomarker genes in the cancer cells, i.e. whether or not they were switched on.

Analysis revealed that lycopene was associated with reduced proliferation of prostate cancer cells and - when administered alongside anti-cancer therapies - a significant increase in cancer cell death.

Publishing their findings in the Journal of Nutritional Biochemistry, the study authors concluded: "These findings highlight that lycopene attenuates prostate cancer by modulating the expression of growth and survival-associated genes."

Men who wish to boost their intake of lycopene can do so using food supplements.

However, the best way to support and maintain prostate health is to consume a wide range of nutrients, such as those contained in the high-quality supplement AlphaProst Plus.

Doctors tell us we should eat a variety of different fruits and vegetables to ensure we benefit from the various nutrients they contain, and the same can be said for supplements.

Rather than focusing on one nutrient, users of AlphaProst Plus will benefit from a special blend of herbs and compounds, each of which has been shown to aid prostate function and reduce inflammation.

These include plant sterols, saw palmetto extract, curcumin and Reishi mushroom, alongside the much-feted lycopene.