Loneliness 'may harm the immune system'

A new study suggests that lonely people may need to take steps to bolster their immune system. 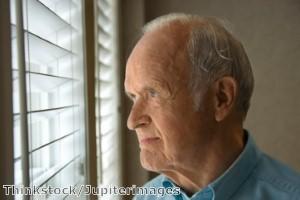 People who are recovering from a serious illness need to take steps to nourish their immune system, but it seems that those who feel socially isolated need more help than others in this respect.

A new series of studies by scientists at Ohio State University, presented at the annual meeting of the Society for Personality and Social Psychology on January 19th, suggests that feelings of loneliness may have a harmful effect on a person's immune system.

The findings are not entirely unexpected as other psychological factors, such as chronic stress, are already known to influence the body's immune response.

During their research, the scientists looked at two groups of people: 200 breast cancer survivors with an average age of 51 years, all of whom had completed cancer treatment; and a group of healthy but overweight middle-aged adults.

A questionnaire was used to assess participants' perceptions of social isolation and loneliness, while blood samples were tested for the presence of antibodies against cytomegalovirus, a common virus that remains dormant in the body after infection and can become reactivated if the person's immune system is weak.

The researchers found that lonely participants tended to have noticeably higher levels of antibodies against cytomegalovirus than those who did not report feelings of loneliness, indicating that their immune response was compromised.

High levels of these antibodies were also associated with increased symptoms of pain, depression and fatigue.

The researchers also discovered that lonely people tended to produce more inflammation-linked proteins under stressful conditions than those with good social connections, potentially increasing their risk of chronic conditions such as heart disease, type-2 diabetes, arthritis and Alzheimer's disease.

The findings indicate that being lonely could have a harmful effect on people's overall health, according to lead author Dr Lisa Jaremka.

She said: "Loneliness has been thought of in many ways as a chronic stressor – a socially painful situation that can last for quite a long time.

"It's also important to remember the flip side, which is that people who feel very socially connected are experiencing more positive outcomes."

While improving their social lives could aid people's recovery from illness, a nutritional approach is also likely to be beneficial.

For instance, a natural food supplement such as BioBran MGN-3 – supplied by The Really Healthy Company – can help to maintain a strong and healthy immune system thanks to its unique blend of hemicellulose nutrients, which support the body's army of white blood cells as they work to prevent illness.