New research has highlighted a connection between sleep apnoea and subclinical myocardial injury. 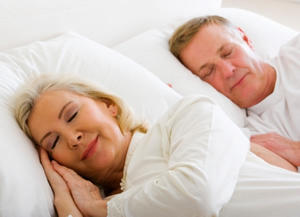 Scientists had already uncovered a link between obstructive sleep apnoea - also known as OSA - and an increased risk of cardiovascular disease. Now, however, new research has highlighted a potential association between the sleep disorder and subclinical myocardial injury.

This has been made apparent as a result of investigating increased high sensitivity troponin T (hs-TnT) levels, which can be used to forecast both coronary heart disease and heart failure among members of the general population.

Researcher Dr Amil Shah from the Brigham and Women's Hospital in Boston commented: "Our results suggest a relationship between subclinical myocardial injury and the increased cardiovascular risk seen in patients with OSA."

Published in the American Thoracic Society's American Journal of Respiratory and Critical Care Medicine, the findings drew on data from 1,645 subjects who were either middle-aged or older, and who were taking part in the Atherosclerosis Risk in Communities and the Sleep Health Study - none of whom reported coronary heart disease or heart failure at the start of the study.

Other compounding factors such as gender, body mass index, smoking status, hypertension, diabetes and alcohol consumption were all taken into account.

According to this - the first study into OSA and the aforementioned biomarker - a graver severity of OSA was linked to higher levels of the marker, which would suggest that subclinical myocardial injury had something to do with the pre-established link between OSA and cardiovascular disease.

Severity of the sleep condition was monitored as per the respiratory disturbance index, graded as either none, mild, moderate or severe.

Dr Shah commented on the potential value of the research, concluding: "Monitoring of hs-TnT levels in these patients may have prognostic value, particularly in patients with severe OSA."

Other research published recently has highlighted that the sleep condition may in fact be more of a threat to women's health than it could be to men's.

A study from the University of California, Los Angeles has revealed that autonomic responses which control essential biological processes such as blood pressure and heart rate may be weaker in those with OSA - but particularly among women.

Lead researcher Paul Macey commented on the findings: "This may mean that women are more likely to develop symptoms of heart disease, as well as other consequences of poor adaptation to daily physical tasks. Early detection and treatment may be needed to protect against damage to the brain and other organs."

Nevertheless, the results also highlighted that OSA still presented a problem for men in this respect and so it is certainly not research that male members of the population should be disregarding.

According to official figures, coronary heart disease is the biggest killer in the UK and causes approximately 82,000 deaths every single year.

Both men and women who are conscious of safeguarding their health - including that of their heart - may be interested in taking a broad-spectrum, multi-purpose nutrient complex, such as those available from suppliers such as the Really Healthy Company.

For example, its AlphaGuard Plus advanced antioxidant formula contains Vitamin C, Grape Seed Extract, Curcumin Extract, Vitamin E, Alpha lipoic acid and Green tea extract - amongst several other nutrients - all of which can help keep the body fighting fit and in its best possible shape to fight off such illnesses.