People can make certain lifestyle changes to reduce their risk of developing cancer. 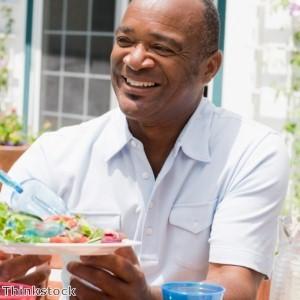 People can make certain lifestyle changes to reduce their risk of developing cancer.

Britons are being reminded of the difference that lifestyle changes can make to their risk of developing cancer.

The World Cancer Research Fund (WCRF) has taken the opportunity presented by World Cancer Day (February 4th) to highlight the influence that people's lifestyle habits have on their risk of many forms of cancer.

Its experts say that by addressing certain modifiable risk factors, such as weight and diet, people can significantly reduce their likelihood of getting cancer.

But a new survey, conducted by YouGov on behalf of the charity, suggests that many people remain unaware of these links.

The online poll, which involved 2,004 UK adults, found that 32 per cent of Britons believe that getting cancer is mainly due to fate, while 28 per cent think that not smoking is pretty much the only step people can take to reduce their risk of the disease.

Dr Kate Allen, the WCRF's executive director of science and public affairs, commented: "These results are a real concern because they show that a significant proportion of people don't realise that there's a lot they can do to reduce their risk of cancer.

"By eating healthily, being physically active and keeping to a healthy weight, we estimate that about a third of the most common cancers could be prevented."

Last year (May 2012), the World Health Organisation adopted a new target to reduce premature deaths from non-communicable disease - including cancer - by 25 per cent by the year 2025.

Much of the battle against non-communicable diseases will revolve around reducing risk factors, such as tobacco use, alcohol intake, physical inactivity and obesity.

As well as modifying lifestyle to reduce the risk of cancer, a great deal of importance is now being placed on the immune system and keeping it strong.

A powerful way to keep our immunity fighting fit is to use a daily dose of the immune system supplement Biobran MGN-3. This natural immunomodulator is supplied byThe Really Healthy Company and supports and strengthens T cells, B cells and NK cells.

Biobran is a non-toxic natural food supplement that is formed by breaking down rice bran with enzymes from the shiitake mushroom.