A study has shed light on the harmful impact of stress on the immune system. 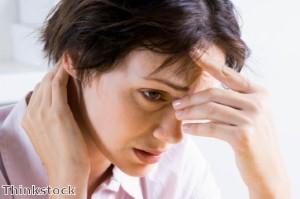 Stress appears to increase a person's risk of illness by reducing the body's ability to regulate inflammation, new research suggests.

It has long been known that poorly managed psychological stress is associated with an increased risk of conditions such as depression, heart disease and infections.

Now, scientists at Carnegie Mellon University in the US have discovered that when a person is stressed for a prolonged period of time, the body loses its ability to regulate its inflammatory response.

Lead researcher and professor of psychology Sheldon Cohen explained: "Inflammation is partly regulated by the hormone cortisol and when cortisol is not allowed to serve this function, inflammation can get out of control.

"Knowing this is important for identifying which diseases may be influenced by stress and for preventing disease in chronically stressed people."

The researcher led two studies, which are now published in the Proceedings of the National Academy of Sciences.

In the first, 276 healthy adults were exposed to a common cold-causing virus and monitored for five days.

Professor Cohen discovered that in people who had experienced prolonged stress, the immune cells were less able to respond to hormonal signals that would ordinarily regulate levels of inflammation.

As a result, they were more likely to develop colds when exposed to the virus than those whose lives were relatively stress-free.

The second study, involving 79 healthy individuals, confirmed that those who were less able to regulate the inflammatory response tended to produce more pro-inflammatory chemicals.

"When under stress, cells of the immune system are unable to respond to hormonal control and, consequently, produce levels of inflammation that promote disease," the professor concluded.

People who believe their high levels of stress may be causing damaging inflammation inside their bodies may benefit from using a natural anti-inflammatory compound such as curcumin.

Found in the Indian spice turmeric, curcumin may help to reduce inflammation - but the problem is that it is not readily absorbed by the body, which means people gain little benefit from eating turmeric or even from taking most curcumin supplements.

AlphaCurcumin, which is Supplied by The Really Healthy Company, is a highly potent curcumin supplement that contains a particularly bioavailable form of the compound.

Its absorption is further enhanced by the inclusion of AlphaBlend, a proprietary blend of Klamath Blue-Green Alga, enzymes and Bioperine (black pepper extract), while its anti-inflammatory properties are boosted thanks to the presence of bromelain and quercetin.

Overall, AlphaCurcumin, is one of the highest-quality and most potent curcumin supplements on the market and could help people to combat the physical effects of stress.