The secrets behind the wound-healing powers of a special type of cell have been uncovered by a team in California. 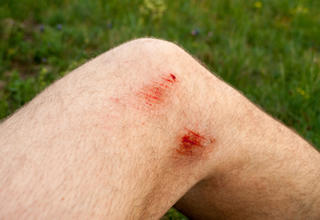 Scientists working in the US have pinpointed the special cells that work as the immune system's 'first responders' against injury, with their findings having the potential to offer new therapies to people whose bodies struggle to heal wounds naturally.

Working at the Scripps Institute in California, the team have been investigating the cells known as interleukin-17A - or IL-17A - and in particular the role they play in the immune system.

Notably, they found that special immune cells, known as dendritic epidermal T cells (DETCs) step up production of IL-17A in the event of the skin's surface being damaged, effectively delivering emergency repairs where they are needed.

Such findings, the team have stated, could go a long way towards helping the human body cope with injury in a natural way, with this particularly important given the changing demographics of the western world.

"Chronic wounds are an increasing clinical problem, particularly in the elderly, the disabled and people with diabetes, and so we hope that our results - particularly the wound-healing role of IL-17A - will help lead to better ways of treating such conditions," lead researcher Professor Wendy Havran explained, writing up her team's findings in the Journal of Clinical Investigation.

The team at the Scripps Institute now plan to investigate the potential benefits of Il-17A when it comes to repairing the damage done to the skin by excess exposure to the sun's rays.

Meanwhile, Penn State researchers are working to boost the immune system's natural ability to fight back against pancreatic cancer.

Those looking to give their immune system a natural boost might consider augmenting their healthy, balanced diet with a nutritional supplement such as Biobran MGN-3, which can be either purchased online or ordered over the phone from The Really Healthy Company.

One of the most effective formulas of its kind for supporting a healthy immune system, the supplement provides the white blood cells of the immune system with valuable glyco-nutritional support, and is usually taken along with a meal in a 500mg daily dose.