Vitamin D could be beneficial for people with asthma, a British research team has claimed. 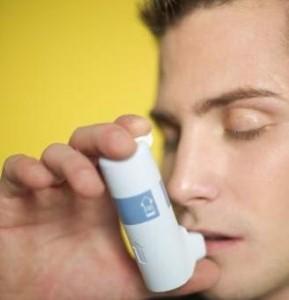 People with asthma could benefit from using a high-quality vitamin D supplement alongside their usual medication, new research suggests.

Scientists at King's College London conducted lab tests on cells taken from 18 steroid-resistant asthma patients, ten patients who responded to steroid therapy and ten volunteers who were free from asthma.

They found that asthma patients had raised levels of a chemical called IL-17A, which helps fight off infection but can also exacerbate the breathing condition.

Patients with steroid-resistant asthma tended to have particularly high levels of this chemical, which can reduce responsiveness to steroids.

Further tests revealed that vitamin D brought about a significant reduction in the production of IL-17A, regardless of whether or not a person responded well to steroid therapy.

The findings, which are published in the Journal of Allergy and Clinical Immunology, suggest that vitamin D could be a useful treatment in patients who do not benefit from steroid therapy.

In addition, the vitamin supplement could reduce the amount of medication needed by other asthma patients.

Professor Catherine Hawrylowicz, who led the study at the MRC & Asthma UK Centre in Allergic Mechanisms of Asthma at King's College London, said: "These findings are very exciting as they show that vitamin D could one day be used not only to treat people with steroid-resistant asthma but also to reduce the doses of steroids in other asthma patients, reducing the risk of harmful side-effects."

The team is now conducting a clinical trial to determine whether or not people with steroid-resistant asthma benefit from taking vitamin D.

Malayka Rahman, a spokeswoman for Asthma UK, which funded the study, welcomed its findings.

She observed that research into new treatments for asthma is "vital" as existing therapies do not work for everyone.

"We also know that many people with asthma have concerns about the side-effects of their medicines, so if vitamin D is shown to reduce the amount of medicines required, this would have an enormous impact on people's quality of life," she added.