Research has suggested a link between exposure to mercury in early adulthood and an increased risk of type-2 diabetes in later life. 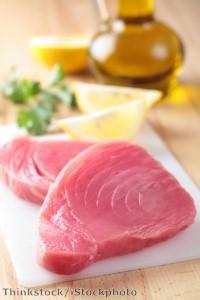 People who consume high levels of mercury may face an increase in their risk of type-2 diabetes, scientists have warned.

The mercury in our diet mainly comes from fish and shellfish, certain species of which - including tuna, swordfish, shark and marlin - are particularly high in the toxic heavy metal.

Researchers at the Indiana University School of Public Health in Bloomington have now found evidence that people who are exposed to high levels of mercury in early adulthood may increase their risk of type-2 diabetes in later life by as much as 65 per cent.

The research team looked at data on 3,875 men and women, all of whom were followed for 18 years as part of a study investigating the development of coronary artery disease risk in young people.

Analysis revealed that those with the highest levels of mercury tended to have the healthiest lifestyles, with lower body mass indices, smaller waist circumferences and higher levels of physical activity.

However, the findings - which are published in the journal Diabetes Care - suggest that those wishing to include plenty of fish in their diet should take care to avoid those with particularly high levels of mercury, with safer alternatives including shrimp and salmon.

Lead researcher Ka He, an epidemiologist at the university, said: "It is likely that the overall health impact of fish consumption may reflect the interactions of nutrients and contaminants in fish."

The findings are no doubt concerning for those who regularly eat fish, but a new detox supplement could help to remove mercury and other toxins from the body and provide valuable reassurance to users.

AlphaClear is a food supplement that can be added to drinking water every day to detoxify the body, neutralise free radicals and energise our cells.

The product contains a powerful antioxidant and anti-inflammatory compound called alpha lipoic acid, but the ingredient that is likely to be of most interest to fish-eaters is zeolite.

This naturally occurring mineral is formed over millions of years by the crystallisation of volcanic ash and has a unique ability to absorb heavy metals and other toxins.

AlphaClear contains a particularly high-quality suspension of zeolite and could help to allay people's concerns over their exposure to mercury, lead and other toxins.