High intake of iron 'may protect against PMS'

Research suggests that certain minerals, primarily iron and zinc, may be associated with a reduced risk of premenstrual symptoms. 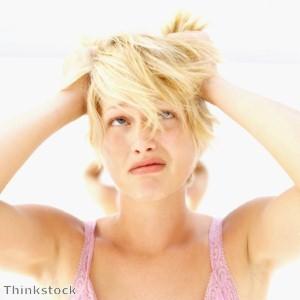 Women with a high intake of iron may benefit from a reduced risk of premenstrual syndrome (PMS), a study has found.

Scientists at the University of Massachusetts' Amherst School of Public Health and Health Sciences, along with colleagues at Harvard, looked at data on approximately 3,000 women who had taken part in the Nurses' Health Study II.

None of the women had been diagnosed with PMS at the start of the ten-year study.

Participants completed food frequency questionnaires throughout the study period and the researchers then looked to see whether there were any links between mineral intake and the development of PMS.

Publishing their findings in the American Journal of Epidemiology, they revealed that women who ate a diet rich in iron were significantly less likely to develop PMS than those who consumed less of the important mineral.

It is thought that iron may reduce the risk of PMS through its production of the mood-regulating neurotransmitter serotonin.

The researchers also observed some evidence of a link between a high intake of zinc and a reduced risk of menstrual symptoms, while women who consumed the most potassium had a higher risk of PMS.

Dr Bertone-Johnson emphasised that more studies are needed to confirm the findings; however, in the meantime she suggested that women who are at risk of PMS "should make sure they are meeting the recommended daily allowance for non-heme iron and zinc".

Many women succeed in getting sufficient iron from their diet, with dark green leafy vegetables such as watercress and curly kale acting as good sources of the mineral.

However, others choose to boost their iron levels by using a food supplement such as Klamath Blue Green Algae.

Recognised around the world as a natural superfood, this organic product is a rich source of iron and other important nutrients.