A study suggests that people with recurring respiratory tract infections may benefit from boosting their levels of vitamin D. 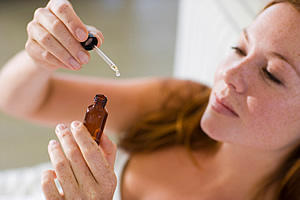 Scientists at Sweden's Karolinska Institute looked at 140 patients with symptoms of respiratory tract infection for at least 42 days prior to the start of the study.

All of the participants were particularly prone to getting infections and were patients at Karolinska University Hospital's Immunodeficiency Unit.

Half of the patients were given relatively high-dose vitamin D supplements over a 12-month period, while the others received a placebo (dummy pill).

The researchers found that patients who took the vitamin D supplements typically benefited from a reduced risk of respiratory tract infections, compared with those on the placebo.

Symptoms of respiratory tract infection declined by almost a quarter among supplement users, while their use of antibiotics was reduced by almost half.

The supplements were also well-tolerated, with none of the patients reporting any serious side-effects, despite the relatively high dose.

Publishing their findings in the journal BMJ Open, the study authors concluded that vitamin D supplementation may be beneficial for people who regularly suffer from respiratory tract infections.

Peter Bergman, from Karolinska Institute's department of laboratory medicine, said: "Our research can have important implications for patients with recurrent infections or a compromised immune defence, such as a lack of antibodies, and can also help to prevent the emerging resistance to antibiotics that come from overuse."

The findings provide yet another reason why taking vitamin D supplements may be beneficial for people's health.

Vitamin D deficiency - a problem that is widespread in the UK - has been shown to increase the risk of infection, so it is perhaps not surprising that boosting levels of the nutrient could help to prevent ill-health.

Unfortunately, many Brits do not have enough vitamin D in their body, due to a lack of exposure to sunlight, which triggers the vitamin's synthesis in the skin.

For this reason, people in certain 'at-risk' groups - including children, pregnant women and older people - are advised to take supplements.

And with research increasingly underlining the importance of vitamin D for immune health, it seems that even more adults may benefit from taking a high-quality vitamin D supplement, such as the one offered by The Really Healthy Company.