A study suggests that improving your mood could have important benefits for your cognitive function as the years go by. 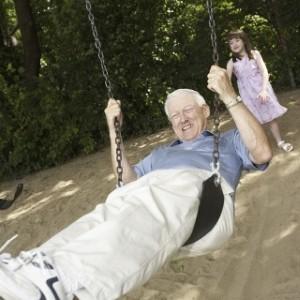 A study suggests that improving your mood could have important benefits for your cognitive function as the years go by.

People may have better cognitive ability when they are in a good mood, new research suggests.

A team of researchers at universities in the US and Sweden looked at 46 adults, aged 63 to 85, to investigate the links between mood and cognition.

They found that something as simple as giving a person a small bag of sweets put them in a more positive mood and helped them to perform better in decision-making and working memory tests.

Ellen Peters, professor of psychology at Ohio State University and one of the study's co-authors, said: "There has been lots of research showing that younger adults are more creative and cognitively flexible when they are in a good mood.

"But because of the cognitive declines that come with ageing, we weren't sure that a good mood would be able to help older adults."

On the contrary, the study found that a positive mood does indeed help older people with tasks, potentially enabling them to overcome some of the cognitive declines that come with ageing.

During the test, half of the participants were given a thank you card and two small bags of sweets to improve their mood, along with a cheerful background screen on the computer they used to complete the tasks.

The other participants received nothing and used a computer with a neutral background screen.

Adults who were put in a good mood tended to make significantly better choices during the decision-making tasks than those in a neutral mood, as well as performing better on working memory tests.

"Given the current concern about cognitive declines in the aged, our findings are important for showing how simple methods to improve mood can help improve cognitive functioning and decision performance in older adults," Professor Peters concluded.

While these mood-enhancing efforts were performed in an artificial setting in the lab, there are steps that people can take in their daily lives to improve their mood, such as by thinking about what they put in their bodies.

For instance, a daily supplement such as Klamath Blue Green Algae, supplied by The Really Healthy Company, could help to boost people's mood thanks to its high levels of phenylethylamine (PEA).

This natural endogenous amphetamine has been shown to have mood-modulating effects, working as a natural 'feel-good' molecule to give people a more positive outlook.