Early research suggests that the more aggressive a person's bowel cancer becomes, the greater the benefits they may gain from taking supplements containing grape seed extract. 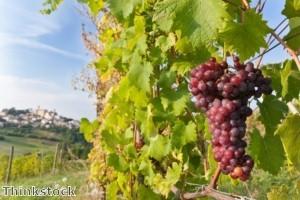 Compounds in grape seed extract may be effective at preventing the growth and survival of bowel cancer cells, US scientists have found.

A large number of previous studies have shown that chemicals derived from grape seeds could have a role to play in the treatment of many cancers, including bowel cancer.

The latest research suggests that these compounds may be even more effective in advanced cases of the disease than in the early stages of the cancer's development.

Researchers at the University of Colorado Cancer Centre carried out a series of experiments on bowel cancer cells in the laboratory.

They found that less than half the concentration of grape seed extract was needed to suppress the growth of advanced cancer cells than to prevent growth of early-stage cancer cells.

This is the opposite effect to that achieved with chemotherapy, where much more of the drug – and a higher level of toxicity – is needed to kill advanced cancer cells than early-stage ones.

The findings, which are published in the journal Cancer Letters, indicate that treatment with grape seed extract may become even more effective as a person's bowel cancer gets more aggressive.

Researchers believe that grape seed extract may target multiple mutations or 'faults' in the DNA of cancer cells.

Molly Derry, a PhD candidate at the University of Colorado, explained that a build-up of these mutations in cancer cells "can result in cancer that is resistant to chemotherapy".

However, whereas traditional chemotherapy drugs tend to target one specific mutation, "the many bioactive compounds of grape seed extract are able to target multiple mutations", she added.

The research is still at an early stage and many more studies – involving clinical trials in humans – are needed to confirm the findings.

But it indicates that the more aggressive a person's bowel cancer becomes and the more mutations it has, the more effective grape seed extract may be.

People who wish to try grape seed extract - either to complement an existing anti-cancer regimen or for its broader antioxidant properties - may wish to obtain a high-quality antioxidant complex, such as the one supplied by The Really Healthy Company.

AlphaGuard Plus includes a large number of antioxidants in addition to grape seed extract, such as vitamin C, curcumin extract, quercetin, green tea extract and lycopene.