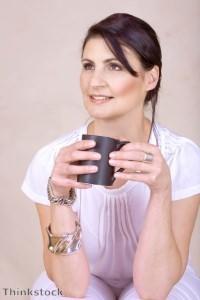 A good state of mind may be beneficial for genes involved in the body's immune response, new research suggests.

Scientists at the University of California, Los Angeles and the University of North Carolina have been examining the effect of psychology on human gene expression - in other words, whether or not individual genes are switched on or off.

They discovered that people with the kind of happiness that stems from having a deep sense of purpose and meaning in life tended to have favourable patterns of gene expression in their immune cells.

For instance, genes involved in inflammation were generally switched off, while those with anti-viral roles and those linked to antibodies were usually active.

In contrast, happiness stemming from self-gratification tended to have patterns of gene expression involving high levels of inflammation and low anti-viral and antibody activity.

The findings are published in the Proceedings of the National Academy of Sciences and indicate that the human genome responds to positive psychology and feelings of contentment.

Gene expression is already known to be negatively affected by periods of stress, misery and fear.

Dr Steven Cole, professor of medicine at the University of California, Los Angeles, noted that both types of wellbeing investigated in the study were associated with positive emotion.

"However, their genomes were responding very differently even though their emotional states were similarly positive," he revealed.

"What this study tells us is that doing good and feeling good have very different effects on the human genome, even though they generate similar levels of positive emotion.

"Apparently, the human genome is much more sensitive to different ways of achieving happiness than our conscious minds."

Consumers who wish to boost their physical and emotional wellbeing may benefit from using a high-quality food supplement such as Klamath Blue Green Algae.

This organic wholefood supplement contains wild blue-green algae harvested from the Upper Klamath Lake in the US.

It provides a wide spectrum of health benefits, including nutritional support for the brain and the immune system.

People can also boost their energy levels and improve their chances of optimum vitality by using fresh, organic royal jelly.

This powerhouse of nutrients is produced by worker bees and can help to promote health and immunity.