Certain nutrients in fruit and vegetables seem to have a protective effect against bladder cancer, at least in women. 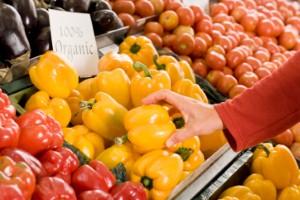 Women who regularly eat fruit and vegetables may benefit from a reduced risk of bladder cancer, a study suggests.

It is thought that the association may be due to the various antioxidants that are found in fruits and vegetables, some of which may have anti-cancer properties.

Researchers at the University of Hawaii Cancer Centre worked with colleagues elsewhere in the US and in Canada to study the links between fruit and vegetable consumption and bladder cancer risk.

During that time, there were 581 cases of invasive bladder cancer among the study participants, including 429 such diagnoses in men and 152 in women.

Among female participants, the researchers observed links between increased consumption of fruit and vegetables - particularly vegetables that are yellow or orange in colour and citrus fruits - and a reduced risk of invasive bladder cancer.

High intakes of vitamins A, C and E, alpha-carotene, beta-carotene and another carotenoid called beta-cryptoxanthin, and folate (vitamin B9) were also associated with a reduced risk of the disease in women.

Publishing their findings in the Journal of Nutrition, the study authors concluded: "Our findings suggest that greater consumption of fruits and vegetables may lower the risk of invasive bladder cancer among women and highlight the need for specific subgroup analyses in future studies."

The findings also raise the possibility that women who rarely eat these foods may benefit from boosting their intake of certain antioxidant nutrients, including the aforementioned vitamins and antioxidant carotenoids.

One way to do this could be to use a high-quality antioxidant food supplement such as AlphaGuard Plus, which is a unique and highly effective full-spectrum antioxidant complex.

A wide range of nutrients and complexes are included in this product - including vitamin C, grape seed extract, curcumin, alpha lipoic acid and many others - which work in synergy to boost antioxidant activity inside the body and protect against premature cellular ageing and degenerative diseases.

Another natural product that may be of interest for those wishing to boost their immune system in general is BioBran MGN-3.

This is widely regarded as one of the most effective food supplements for the immune system, with research showing it provides vital glyco-nutritional support to the body's army of white blood cells.